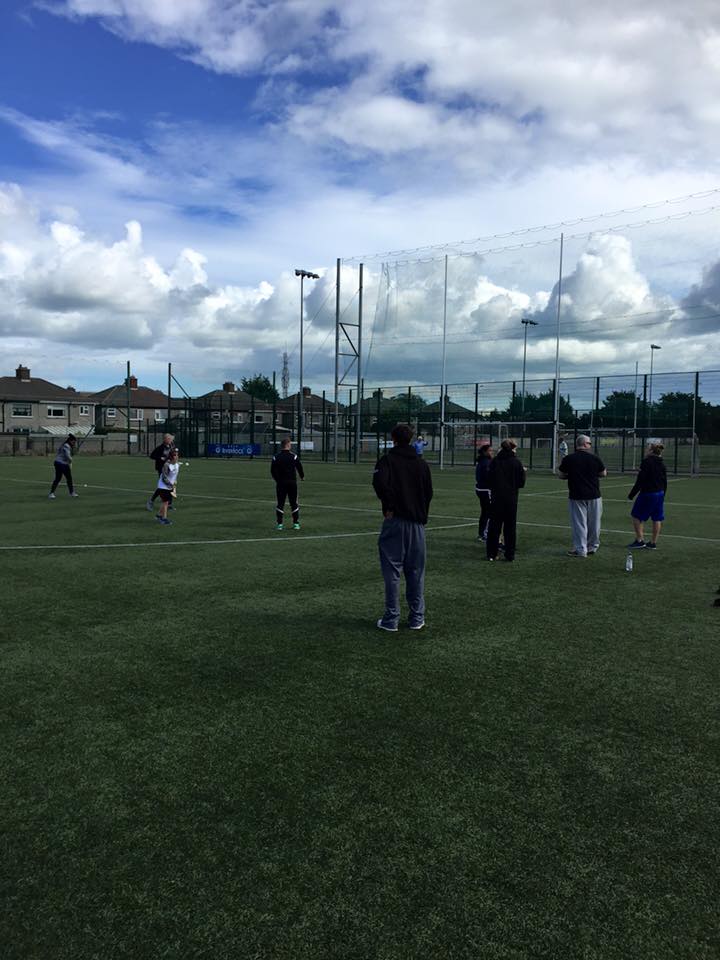 When I hear the word Football, I either think of American football (NFL) or Soccer (Futbol)….but neither of those sports apply in this case.

I love sports. As a kid, I played on a baseball team, football team, soccer team, basketball team, swim team, tennis team, and played a little golf. I look forward to the Olympics every time they come on because I get to watch sports I normally don’t see like handball, water polo, curling, etc. Until last week, I thought I had either played every sport or seen every sport but boy was I wrong.

I quickly learned of two new sports while running camps in Belfast and Dublin. I would also ask the campers what their favorite sport was and a few would say basketball, some would say “soccer” and Rugby, but most woudl say Gaelic Football and Hurling. Gaelic Football? Hurling? I had never heard of these sports. Naturally, the other scholars and I asked a ton of questions about how the games were played and  tried to learn everything we could about them. The best way to learn is to do, so the Sport Changes Life leaders arranged for us to have a training session on the field. This time we were the campers, and they brought in a professional player in both sports to give us a demo and let us try the sport the out.

The training session was very helpful for two reasons. 1. I got to finally play the two sports I have been hearing so much about. 2. By being a student and learning something new, I feel like I became a better teacher. Most of the kids we run camps for have never heard  of or played basketball before. I have played basketball my whole so sometimes in the camps I forget to bring the teaching points down to the basics. While I was learning about Gaelic Football and Hurling, I didn’t know any of the rules and it was difficult to play at first and I felt confused, just like for the kids in the camps that haven’t played basketball.  This experience will help me in my next baskebtall coaching sessions by putting into perspective what it is like to play a sport you’ve never heard of.

I would try to describe Gaelic Football and Hurling to you all but I wouldnt be doing the sports justice. I highly recommend looking them up on Youtube as they are both very physical and competitive, and a lot of fun to play.