Dancing in The Street 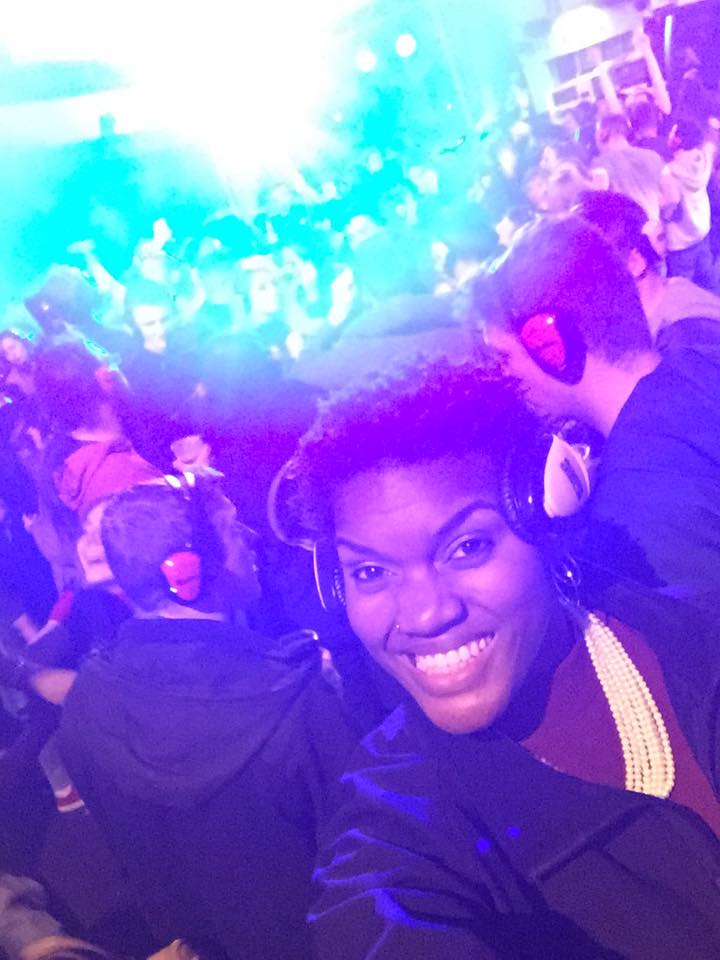 This weekend the Mystics were supposed to head up north to Belfast for a tournament. Unfortunately, we had to pull out due to low numbers but it was just as well because Katie had bought me a ticket to the silent disco. Now I had never been to one but I had heard good things and was hoping this cold I’m nursing could handle a night out. We met around 9:15 at Woodquay, cut down Shop Street, and made our to the west side to the Róisín Dubh. I was surprised to see it was set up more like a block party and not nearly as quiet as the term ‘silent’ implies. I was just enjoying the show–and believe me, some of the moves were a sight to see & lots of ‘shifting’– until ‘Respect’ came on and transformed me into Ms. Franklin herself. I had a good time, danced and jumped around until my knee hurt, but now I’m really hoping I didn’t catch Irish pneumonia in the process! Lol