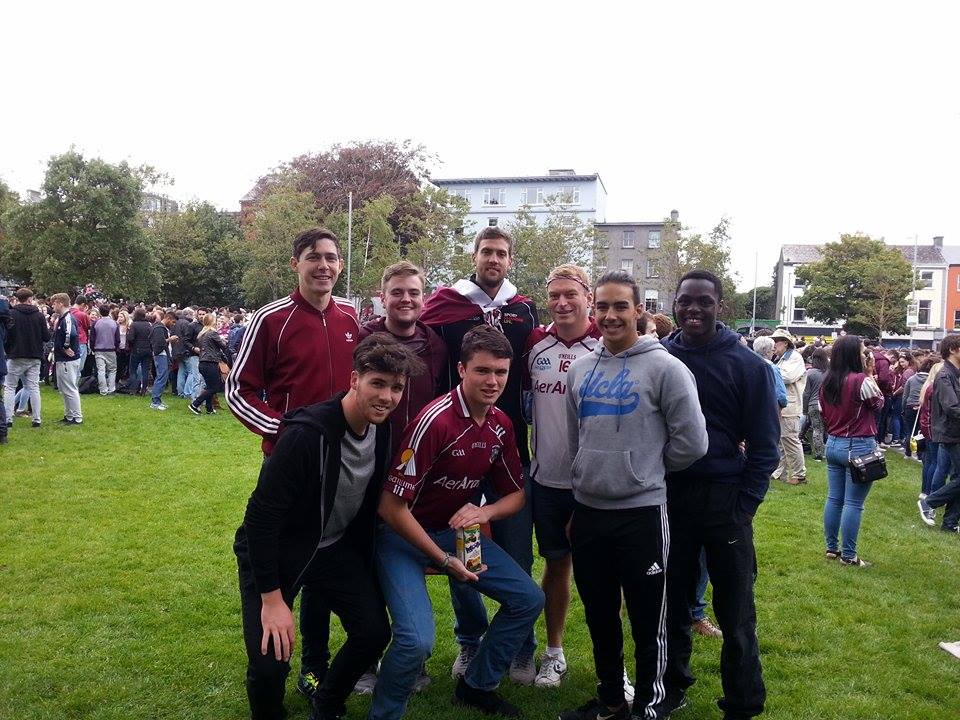 Before coming to Ireland I spoke with several former Victory Scholars. While they all had different suggestions for me, each one gave me the same piece of advice.

Each one told me to get out and immerse myself in the Irish culture and to try as many new things as possible. In order to experience everything this country has to offer you have to try some things you are unfamiliar with. Last Sunday I followed their advice and did something that I have never done before in my life, which was watching a hurling match. For those unfamiliar with the game, players carry large wooden sticks playing on a field with what looks like both a soccer net and football uprights. Players then run and pass to advance a ball up the field attempting to hit the ball in the goal for three points or through the uprights for one point.

This past Sunday, Galway was playing in the all-Ireland hurling championship against heavy favourite Kilkenny. This was an event that I was told was the Irish equivalent to the American Super Bowl. To support their team, the city of Galway filled a large park in the middle of the city with avid Galway hurling fans to watch the match on one massive tv. With members of my basketball team, I went to support the now hometown team. I looked like one of the locals as one of my teammates brought me a large maroon Galway flag that was tied around my neck like a cape. I was soon attentively watching the game and participated in cheering on the maroon and white, despite having no idea what was going on. By the end of the match I had a basic understanding of the rules and really enjoyed watching this unfamiliar game in a lively environment. As the game concluded with Kilkenny on top, I felt the disappointment with my fellow Galway fans. Despite being a foreigner in a new city, I felt that I had something in common with the thousands of Galway fans that surrounded me.