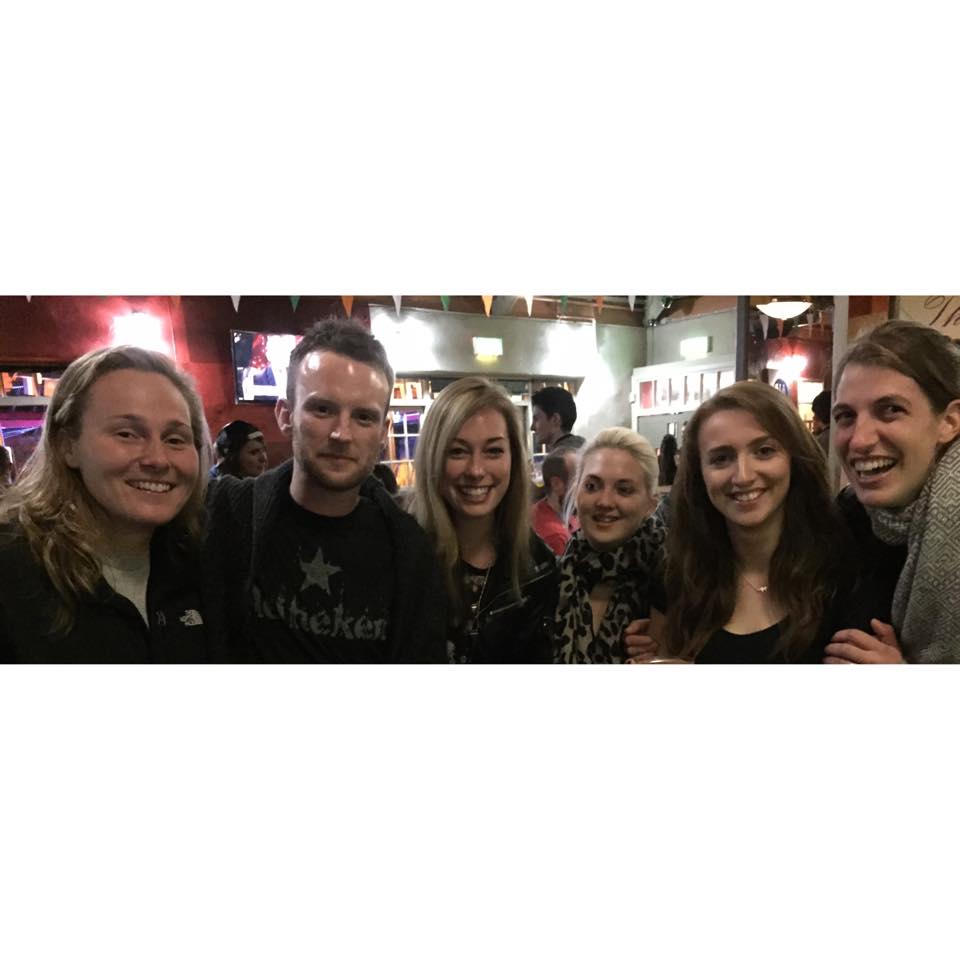 Instantly after orientation concluded at the beginning of September, I realized my class was going to be pretty cool. The people were so incredibly friendly, and everyone seemed to get along well. That’s why it was not of much surprise to see that they organize weekly hangouts outside of class.

The opportunity to hang out with my classmates outside of lectures is refreshing. In the United States, classmates tend to be people you see in class, and then not again until the next class. Being here, and experiencing that interaction is awesome!

Tuesday night was the first night I was able to meet them at the lively Stables Club Restaurant at the University of Limerick. Not only was the motive to catch up and have a chat, but also, our classmate, Hannah, and her band were playing in the Battle of the Bands. Naturally, being a music enthusiast I had to go! One, to hear her music, but two, to support her!

Fun Fact: I was a band geek growing up. I played the clarinet and bass clarinet for 9 years. Maybe that’s why I have an extra appreciation for music 😉

Anyway, being able to stand up on stage and sing in front of a hundred people is not easy; but Hannah made it look like it. Her band, Changing Trains, did awesome! Everyone should check them out!

It was a great night to hang out, support a fellow classmate, and to hear awesome music. It’s a good feeling knowing that my classmates have turned into friends!

As the Irish would say… last night was grand!