Tourists in the Big City 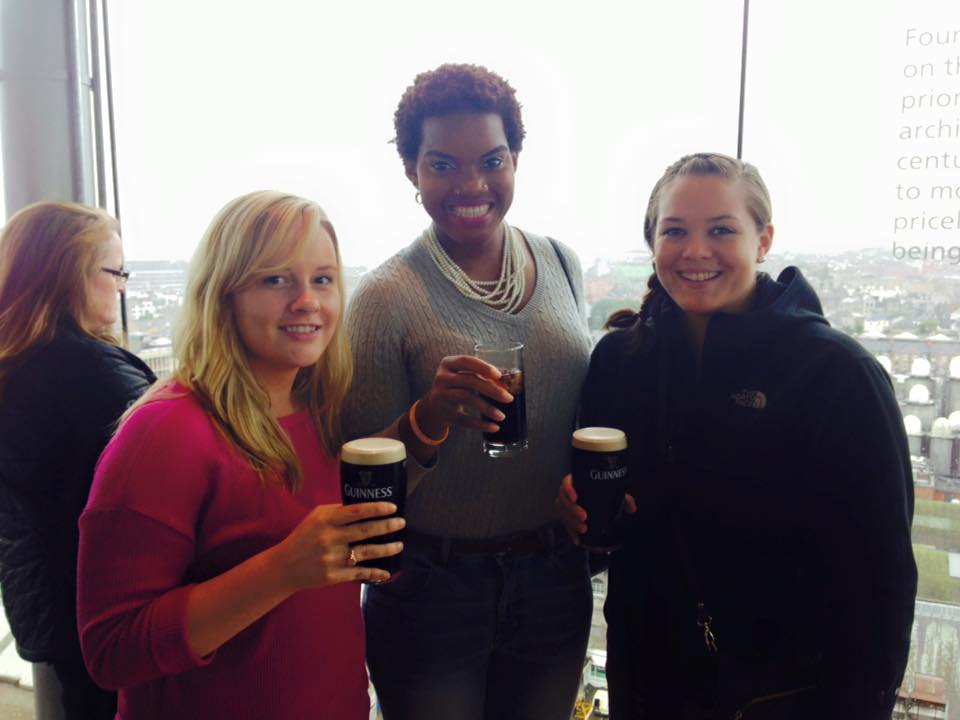 I’m sure most people can agree that the attractions that draw tourists just do not receive the same love from locals for one reason or another. For example, Primanti Brother’s sandwiches have landed them on Food network in addition to drawing a crowd to their counters but I’ve only had 1 or 2 sandwiches to date. I found this same phenomenon to be true when Hannah, Kate and I ventured to the Guiness Storehouse yesterday. For 2 of us it was our first time but we were all equally like kids in a candy store or Willy Wonka’s Chocolate Factory according to Kate. It was really cool to see a company whose history predates my country’s independence and definitely a place where you could spend a few hours. Eventually, we made our way to Croke Park for the All Ireland Camogie Final to support Galway. In the end, Cork won out but we had a good time being tourists and fans.