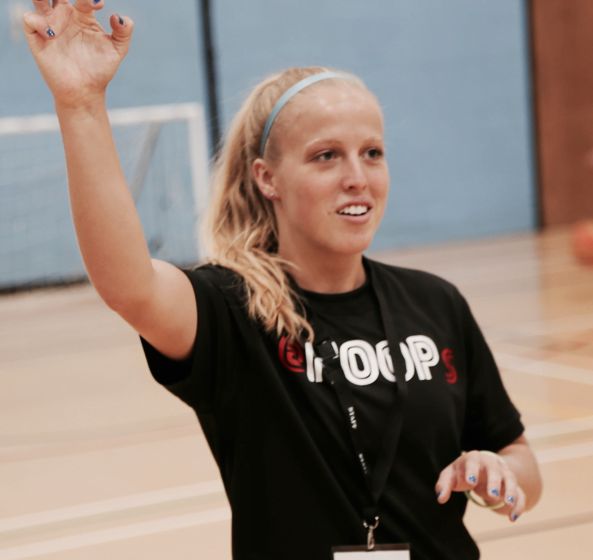 I don’t really know what came over me, but when Jazmen was fouled as she scored in our game against the Liffey Celtics last Saturday night, I just sort of exploded,

It was a critical moment towards the end of the game, and I was a little too excited about Jazmen’s basket. Players here don’t normally have outbursts like that, so I’m pretty sure that I looked pretty silly. Jazmen even giggled at me as I high-fived her, and I realized that I had just gotten a little too pumped. After the game, Helena–who I had teased about her fist pumping during the previous week’s game–was sure to point out that my outburst was a lot worse than her fist pumps and I couldn’t even argue with her.

Even though it was slightly embarrassing, it was also pretty funny. I guess I was just too into the game for my own good. I told my teammates that I would try to tone it down for next week, but knowing me that might be easier said than done. What can I say, I’m a diehard Wildcat now and I can’t help but get a little too excited when my teammates make great plays, especially when the game is on the line.

Who knows, maybe I’ll rub off on my teammates and we’ll all end up yelling “And one!” together next time. If not, I’ll probably just keep making a fool of myself. I don’t really mind; it’s worth it for the love of the game and for the love of the Wildcats!