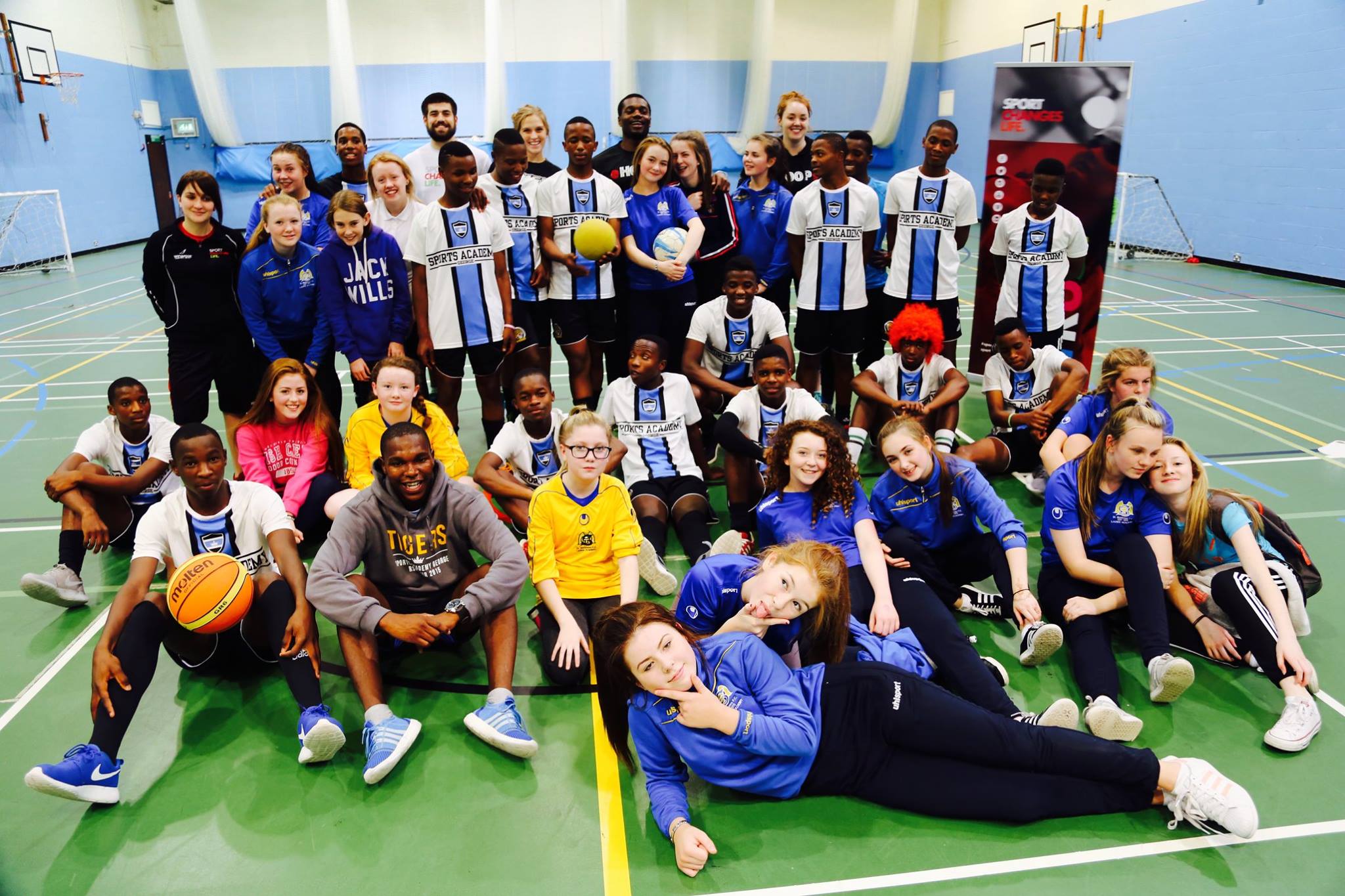 Sport has a unique way of bringing people together. Of course, this is one of the premises behind Sport Changes Life and is a phenomena that is played out (pun intended) every week at ehoops. But after ehoops this past Wednesday in particular, I was reminded of just how powerful this notion can be.

The first group of ehoopers we spent time with last Wednesday was a group from New Moseley. We got a chance to discuss the recent success of the Northern Irish soccer team. Over the past couple of weeks, NI has earned a place in the 2016 Euros in France by winning against the likes of larger countries like Greece.  The discussion bore a common consensus that the success of the national team has been met with support throughout the country, regardless of one’s background. Through common support for their national team, sport brought about an opportunity to celebrate what the Northern Irish people have in common by getting behind their home country.

Later that evening, a shehoops group from Short Strand played host to The George Sports Academy Tigers, a football team from South Africa who were visiting Belfast. The two groups of kids immediately hit it off between games of ultimate Frisbee and basketball. Again, Sport proved to be a medium through which two groups can bond over what they have in common: a passion for football and the novelty of basketball.

Last Wednesday, Sport proved to be a way to bridge gaps that may not otherwise be met. In many cases, sport can join people together based on their similarities while allowing them the opportunity to forget their differences, at least for a little while. It was cool to see this effect on people from two countries with histories of conflict over their differences. Sport might not be a solution, but it’s at least a step in the right direction.