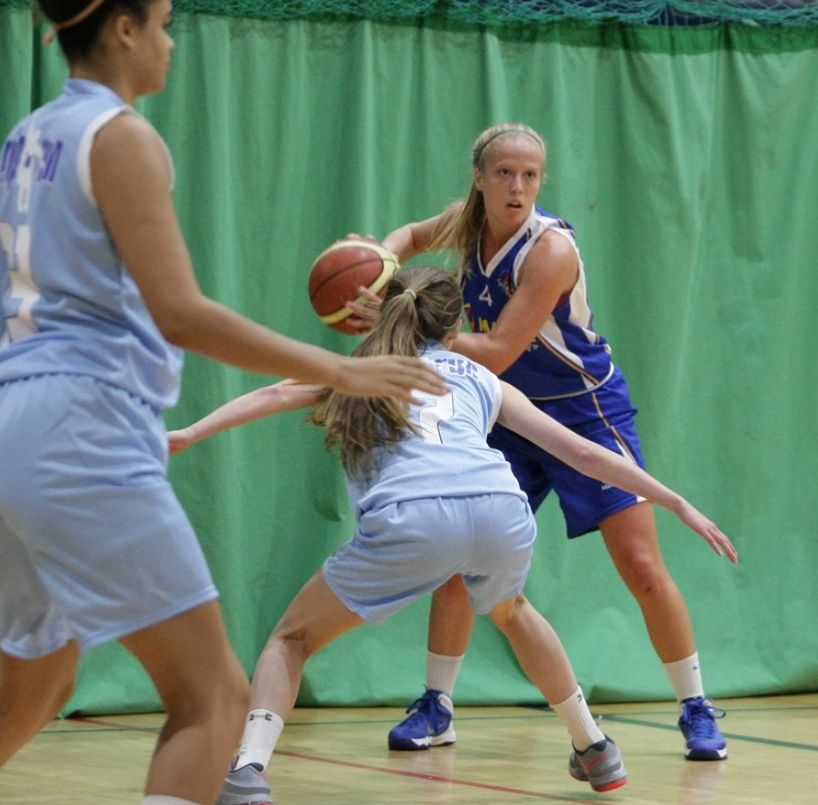 While basketball is my favorite sport, and quite obviously the greatest sport ever played, I do believe it is important for people to get away from what they know and experience something different every once in a while. That is basically my goal here in Ireland: to experience something different, as often as I possibly can. So on Sunday I decided to do this by stepping away from basketball for a day and immersing myself in the other sports that are popular in Ireland.

First, my Waterford Wildcat teammate Sinead picked up Jazmen and I and took us to watch her sister play in a camogie match. Camogie is the female version of hurling, a very physical game played with a ball similar to a baseball in which players try to whack the ball into goals with wooden paddles. Watching the match, I was amazed not only by the way the players so smoothly smacked the ball to one another and casually caught it barehanded, but also by the physicality of it. I had to ask Sinead if there was such a thing as a foul in camogie because it sure didn’t seem like it. Apparently players can get a yellow or red card for illegal contact during the game, but I did not see one handed out, even when one of the goalies was tackled so hard that she went down screaming with a dislocated shoulder. As we left the match, Sinead told us that the hurling matches we were going to next would be much more exciting because the men were allowed more contact than the women, and all I could think was, More contact?!?

The hurling matches did not disappoint. We stayed for two of them, in which I saw a couple of scuffles break out and more than one yellow card handed out to players. The hurlers were incredibly skilled, making it look easy to send the ball 70 yards through the goal posts, while sprinting here and there to avoid being tackled be the other players. When the second match ended, we hurried off to a pub to watch the Ireland vs. France rugby game with two more of our teammates, Helena and Mel.

The pub was completely packed making it hard to move, but the atmosphere was electric. We all squeezed in and watched as Ireland upset France in yet another extremely physical game. Jazmen and I, less familiar with rugby than our Irish pals, tried to keep up with the enthusiastic “GO ON!”s and disappointed groans that resounded in the pub on nearly every play. We even pretended, with limited success, to know the words of the Irish songs they sung in one booming, unified voice after each time the Irish scored a try. After the game ended and the place erupted one final time, Jazmen and I left with Helena to watch our final sporting event of the day.

Helena invited us to her house to enjoy the Irish soccer match vs. Poland. Her cozy living room, complete with a fire and cups of tea all around, was a nice change from the jeering crowds we’d been a part of all day, although there was still the occasional “Go on!!” from Helena and her parents from time to time. Even though the match ended in a loss for the Irish, it was lovely to watch it from the comfort of a home in which we were welcomed as if we were a part of the family.

By the time Helena and her father dropped Jazmen and I off at the dorms that night, we had watched camogie, rugby, soccer, and two hurling matches during the day. After all that, I was tired to the point that you’d think I actually played in one of the matches. Despite that though, I felt very satisfied because I had accomplished my goal; watching five sporting events in one day was definitely an enriching and different experience for me.