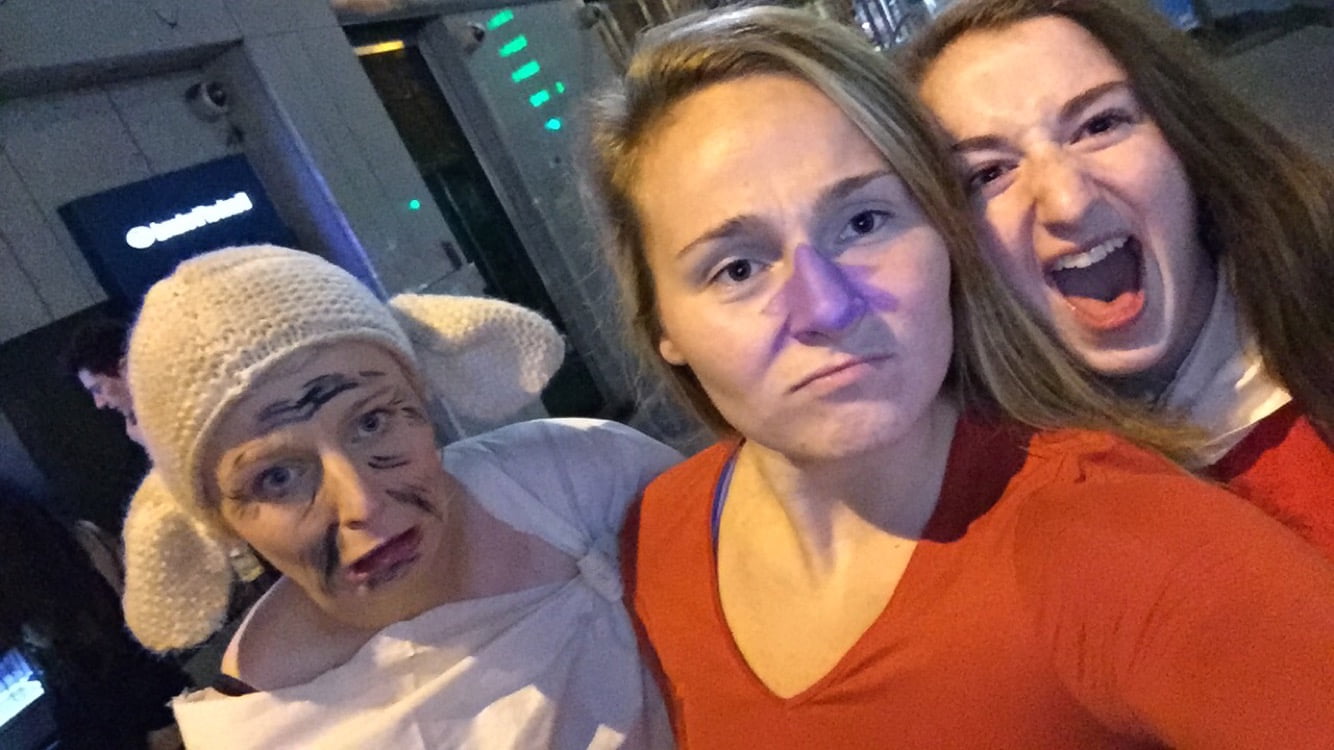 I’ve always loved Halloween. It’s great to dress up, have some fun, and of course eat lots of candy! Luckily, I not only got to do that on October 31st, but for the days leading up to Halloween as well.

To have some fun with my teams that I coach, I decided to have a Halloween training session. With that being said, I had all sorts of creatures showing up to practice. It was absolutely hilarious watching witches, zombies, princesses, and of course, NBA basketball players run up and down the court. The best part was after the girls began to sweat, the face paint began to run down their faces; which honestly made their costumers even better. Regardless, it was awesome to be able to pair basketball with such a fun festivity that the girls really looked forward to.

As I mentioned earlier, what would Halloween be without a little candy? So of course, the girls all left with candy at the end of the session as well. But they only got it after they made fun of me for calling it candy instead of sweets… 2 months in and I still haven’t picked up on the lingo.

The festivities didn’t end there though. My teammates and I carved pumpkins and dressed up to get into the spirit as well.

Since I still watch the occasional episode of SpongeBob (yes I am a fan and I’m not afraid to admit it), Lorna and I dressed up as Mermaidman and Barnacle Boy. It was a genius costume, one that I have never seen done before!

My friend Gillian’s costume took the cake though. She dressed up as Dobby from Harry Potter, and absolutely killed it! Although I am not a Harry Potter fan, even I couldn’t help but admit that her costume was great.

The best part was that when we were walking around Limerick City Centre, people actually recognized her as Dobby. I thought this was awesome! I don’t think people in the States would have been able to pick up on what her costume was.

Halloween is such a fun time of year that it should be more than just one day… so that’s exactly what I did this year. Halloween truly was a weekend long thing and I couldn’t have been happier about it. It’s safe to say I don’t need any more candy for a while though. 🙂