MY BATTLE WITH IMMERSION 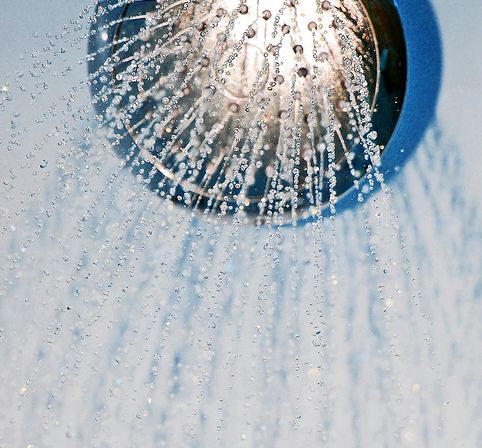 What is immersion? you might ask. My Irish readers already know the answer to this, and they are probably laughing at me. My American readers however probably have no idea what it is. I hadn’t heard of it before I arrived, and if I had, I might’ve seriously reconsidered my decision to come to this country (kidding of course). By now my American readers must be getting curious to discover what immersion is and why I’ve had such a long, hard fought battle with it. They may be imagining me in some sort of water-related fight for my life—but in fact I was dealing with something far, far worse.

An immersion is actually an electrical water heater. In Ireland, nearly everyone has one. This means that in order to have hot water, one must switch the immersion on. So, yes, my thrilling battle with immersion is actually my very serious attempts to have hot showers. In a cruel twist of fate—and perhaps as karma for my previous selfish habit of enjoying long, hot showers—for a long time, I could not persuade the immersion in my dorm to work for me. It worked quite well for everyone else; my roommates rarely complained about taking cold showers. After numerous inquiries about what I could possibly be doing wrong, I thought I’d found the answer.

In order to have a hot shower, you have to turn the immersion on to heat the water. There are not just tanks of hot water sitting around in Ireland like there are in the U.S. It takes time for the water to heat up. So, I simply thought that I hadn’t been waiting long enough for the water to heat up between the time that I turned the immersion on to the time I stepped into the shower.

Now that I had discovered the error of my ways, I was confident that I could conquer immersion. So one afternoon I turned on the immersion and waited patiently for an hour. Unfortunately though, when I turned on the shower, it was still cold. How could this be? I went back out to check the immersion to find that it was not on even though I had set it on a timer for two hours! Exasperated, I turned it back on and checked the water at different intervals to see if it was warm yet. Five, ten, twenty, thirty, forty-five minutes passed with no change in water temperature, despite my countless prayers to the immersion gods. Eventually I gave up and resigned to have a cold shower.

My losing war against cold showers has caused me to question why Ireland insists on using the madness that is immersion. After doing some research, I found out that Ireland is fairly energy efficient country. In fact, when looking at energy use per capita in 2013, the Irish used only 2,912 kilograms of the oil equivalence of energy while Americans used 6,909 kilograms. Per capita, the Irish used less than half of the energy that Americans did throughout the year, and immersion certainly played its part. The Irish have recognized that energy efficiency is critical in order to have an environmentally friendly impact on the world. They have taken responsibility for the fact that we are all a part of the energy problem and as such, we must all do our part in reducing energy consumption. I’m not saying that every American should start taking cold showers; I am merely pointing out that the Irish definitely have a method to their madness when it comes to immersion.

As for me, I think I have FINALLY managed to figure out how to use our immersion properly. Now I can find comfort in the fact that I am doing my part in terms of saving on energy consumption, while at the same time finding comfort that I no longer have to pray to the immersion gods for a hot shower.