OTHER PLAYERS ARE PEOPLE TOO 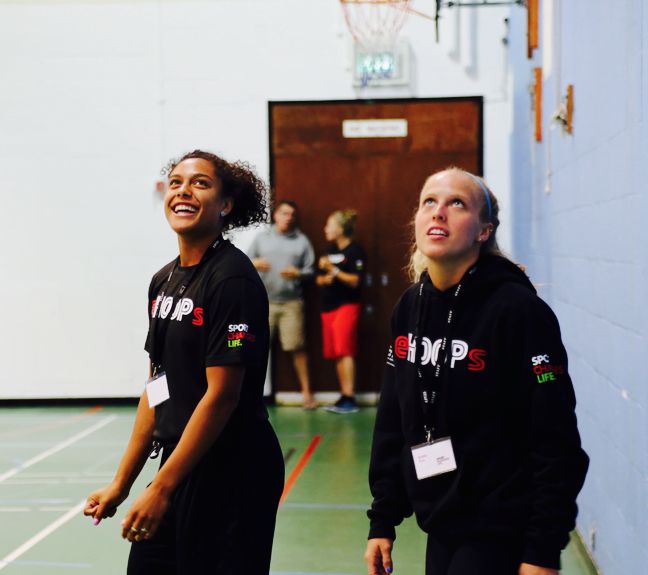 As a basketball player and an all around competitive person, I think a bit of healthy rivalry on the court is a natural thing. Until the clock runs down to zero, the opponent is the enemy and you must do everything you can–within the boundaries of good sportsmanship–to be successful. But when that clock does run out, it is important to remember that the players in the other jerseys are people too. Sometimes as athletes we can get too competitive to the point that we forget that we are all just people playing the game we love. That’s why I have come to really appreciate the fact that in Ireland, both teams come together and have tea and sandwiches after the games.

It may seem strange to my American readers that we join the opposing team for a cup of tea after we fight our hearts out to defeat them, but I actually quite enjoy it. After our first game, the other team’s players asked me how I was coming along with my knee recovery. After the second game, I saw an opposing player hugging and kissing her adorable little daughter. And after the third game, Jazmen actually asked one of the other team’s players what type of hair products she uses because she liked her hair so much. Each of these encounters has helped me take a step back and look at the other players as people rather than merely a faceless opposition.

In a sport where it is easy to get so wrapped up in one’s competitive nature, having tea and sandwiches after matches is the perfect way to bring a little bit of perspective back into everyone’s minds.