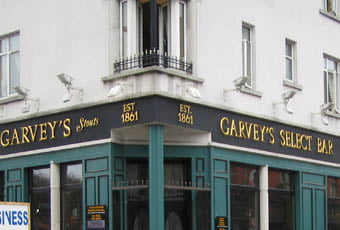 Among many much more important things, I knew that I would miss Sundays in the fall. The day most National Football League games are played. Despite all the hurling, rugby, and Gaelic football played in Ireland, none can give me my fix of those Sunday afternoons posting up on the couch watching hours of football. This was until I found Garvey’s Bar in downtown Galway. This bar plays multiple games of “American Football” every Sunday. So fellow Americans and I pack Garvey’s to get our fix of football to root on our favorite team. This is a very simple pleasure that gives me a small taste of home all the way in Ireland.