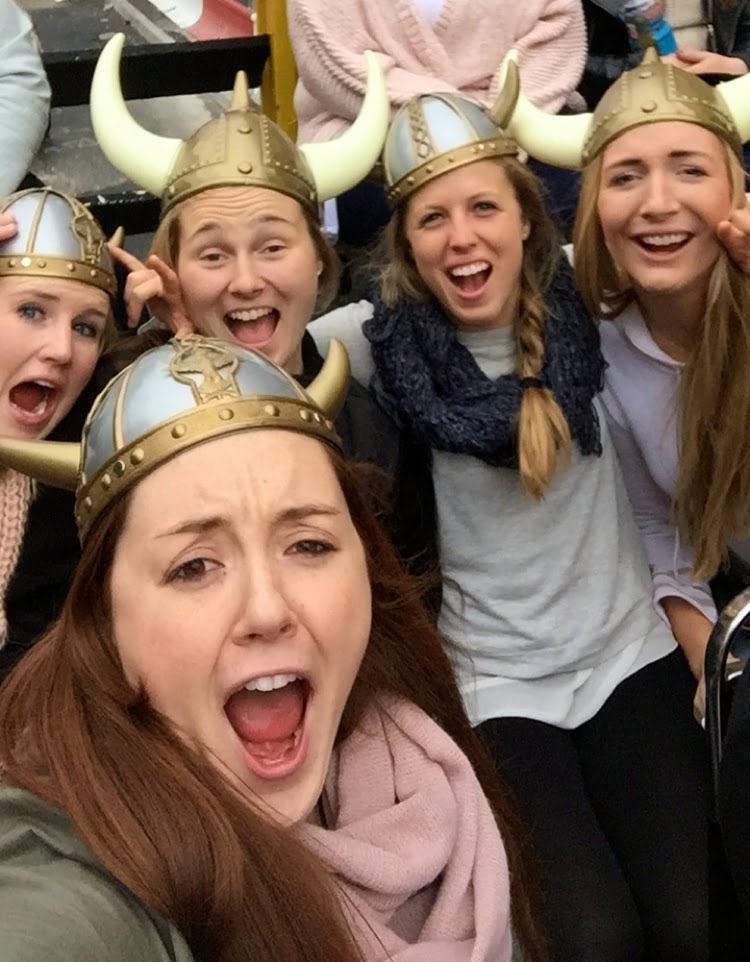 “AARRRGGHHH!!!!,” we all screamed at the unsuspecting passers by. People on the sidewalks jumped and others in cars and buses gawked at us. I don’t really blame them; if I saw 30 or so people jammed on a bus wearing Viking helmets and yelling like maniacs, I would have stared too. We were on the Viking Splash Tour, and as such we were doing our best impressions of the Viking warriors who had begun raiding the Emerald Isle a thousand years ago.

Jazmen and I had joined our fellow Victory Scholars Emily Leer, Meghan McGuinness, Sarah Benedetti, and Clare Sullivan in Dublin for the day for a little reunion, or as Sarah liked to call it–and remind everyone that she came up with the name–a “Scholar Holler”. When the six of us saw a bus driving around packed with rowdy Vikings, we decided immediately that we simply had to do it. The tour was a blast. It began on the streets of Dublin, where our tour guide explained to us the significance of a number of points of interest, while signaling to us when to shout “ARGH!” in order to get the greatest shock value from everyone around us.

Not only did we get to tour Dublin by land, but the Viking Splash tour was aptly named, for we also got to tour Dublin by water! The bus was an amphibious one that doubled as a boat, meaning that halfway through the tour we were all given life jackets and-splash!-into the water we went.

It was a really amazing experience to see Dublin from the land and water, made even better by the fact that I got to pretend to be a Viking throughout it. To top it all off, catching up with a few of the other scholars was was so much fun that I can’t wait to give them another holler sometime soon.