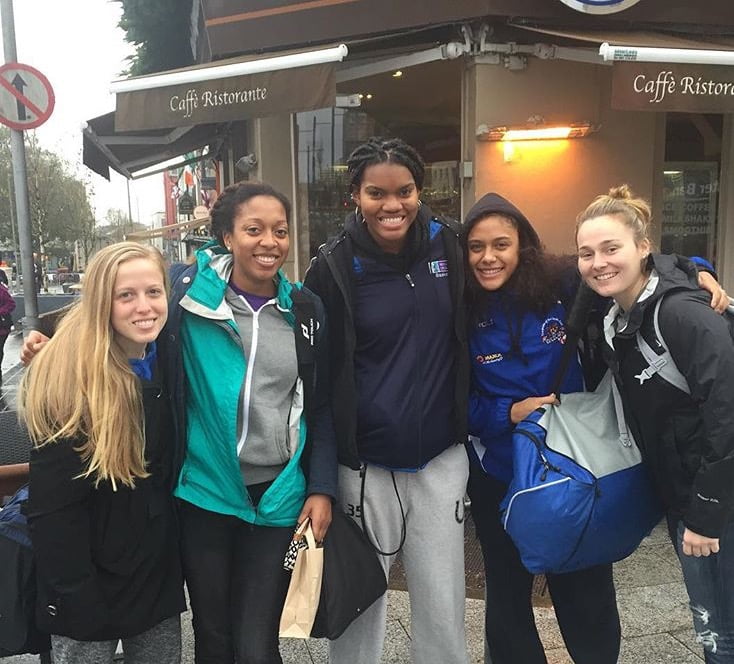 This weekend marked the first weekend my Super League team didn’t have a game. So naturally, I wanted to make the most of my free weekend and go visit a new part of Ireland. The most suggested place to visit by all my friends in Limerick was Galway. Thankfully, fellow scholars, Rita and Cory, offered up their homes to myself, Kelsey (the #BornAgainScholar), Katie, and Jazmen. I hadn’t seen Rita or Cory since the very beginning when we were all up in Belfast; it was so nice to finally see them again!

Within minutes of being in the city, I realized why everyone suggested visiting it! Galway is absolutely beautiful! It is such a cute little city with so much to see and do.

Unfortunately, the weather was not the greatest for our weekend away. I don’t know if Ireland gets hurricanes, but the lashing rain and forceful winds felt like a hurricane to me. That being said, it didn’t keep us from exploring… it just made it a little bit more interesting. Between the wind, the dumping rain, and having to dodge the occasional umbrella, there was no shortage of laughs. Once, Cory tried to jump over a massive puddle that had formed from all the monsoon-ing. When he leapt, a ton of his change flew out of his pocket and splashed into the puddle. He scrambled to collect it all, and we were all cracking up as he shouted, “No, where’s the 2 euro one?!”

After almost being washed away, we arrived back at Rita’s to get warm and dry off. Even though we were inside, you could still hear the massive gusts of wind outside. The gusts were so strong that Rita’s door to her balcony continuously blew open. At first the random door opening on its own was a bit concerning, but after the seventh time, it had become normal.

Between the near failed puddle jumps and mysterious door openings, we decided to rename Storm Abigail to Hurricane Galway. That is why this scholar reunion and blog post deserves the title, Hurricane Galway.