Saders in the City 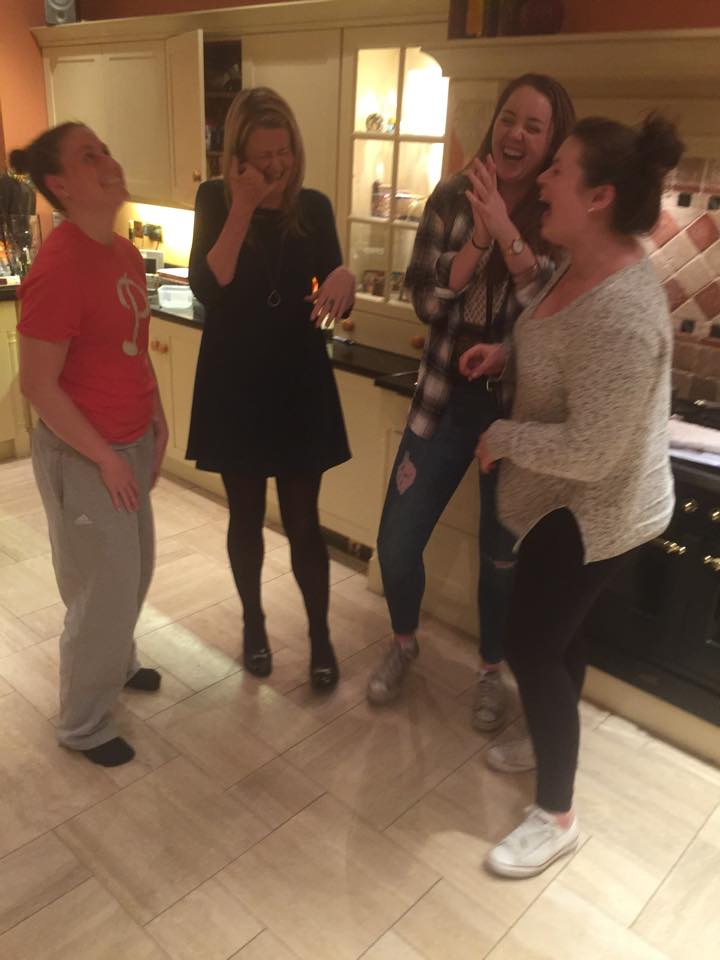 My time in Belfast so far has been spent handling a lot of new. New perspectives, new experiences and all the adjustments that come with living somewhere completely, well, new. With that said, what I’ve been missing most about home is the familiarity that comes with spending time with my good friends. Not being able to see them every day at school or practice has honestly had me feeling like a part of me is missing. So it was an absolute treat when I was able to catch up with some of my Holy Cross family here in Ireland.

Since back in August, my former Holy Cross team mate Christine Ganser and I hoped to meet up while she was here for her November graduation from Trinity College in Dublin. Luckily enough, the stars aligned and UUJ played Trinity the night before the graduation, making it easy for me to attend. Another one of our former HC team mates Alex also made it to Dublin for the festivities. She was able to make the trip from where she’s playing basketball in England. It was awesome for all of us to hang out in Dublin together and to see first hand all the craic that Alex and I only heard stories about during Christine’s time here last year.

A highlight of the weekend was dinner on the last night of Christine’s and Alex’s visit. I tagged along with current and former Meteors Christine, Meg and Emily to Mauve’s house for dinner. Mauve is involved in the Meteors Basketball club in Dublin and was nice enough to host all of us. The amazing smells alone, which filled the kitchen while we waited to eat, were worth the trip. As we all sat around the table chatting before dinner, another HCWBB alumnae arrived. Just like that, we had a serious Sader reunion on our hands.

Before dinner I barely knew Eileen, who also played for Coach Gibbons at HC and later the Meteors here in Ireland. But that didn’t matter. The four of us talked about playing basketball in Worcester over dinner like old pals. The connection as Crusaders was instant. The bond that comes from wearing the same jersey, especially a purple one, runs deep. I’ll always know I’ll have my HC family to fall back on, and it was so refreshing to enjoy time with them worlds away from the Woo after so much new the past few months.

It was the first time Alex, Christine and I have hung out since we were in school together, but it was if we never left the Hill. There were points over the course of the weekend when I reflected on just how lucky I am to have such an amazing group of people that I can call my HC family. It was sad to say goodbye, but I know I’ll see them again soon and pick up right where we left off, just as best friends and team mates do.