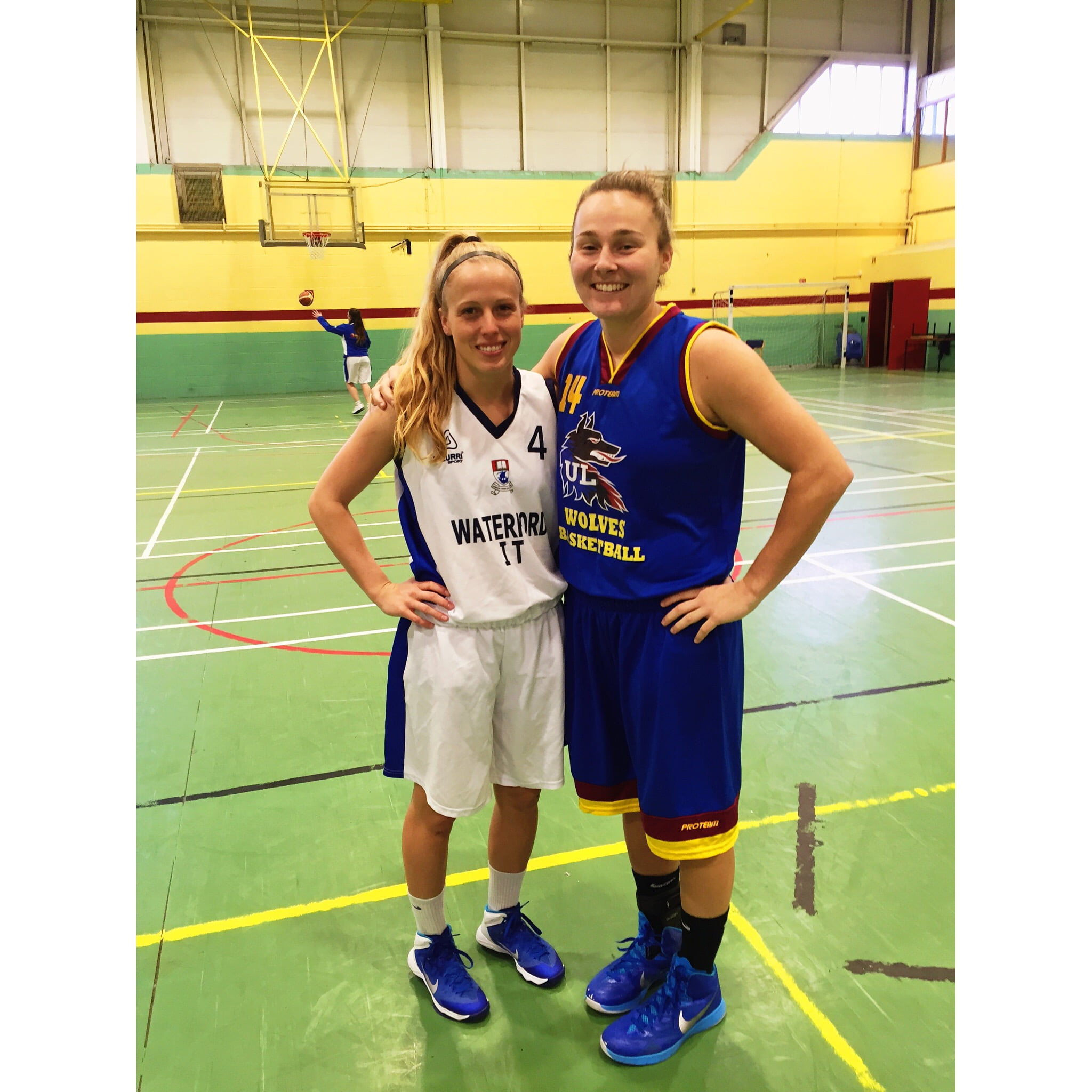 If there is one person who knows my every tendency and move on a basketball court it would be Katie Fox. As I’m sure everyone knows by now, Katie was my roommate, teammate, and point guard at St. Francis for the past 4 years. We would joke around saying we had a roommate connection on the court; always knowing where each other were on the floor, and knowing exactly when and where to pass the ball. After winning an NEC Championship in our final year, I’d say the roommate connection treated us pretty well.

But you could only guess how difficult that makes coming over to Ireland and having to play against each other. Today, Waterford Institute of Technology played University of Limerick; it was the first game Katie and I had ever played against each other. I knew the game would be challenging, but that doesn’t even begin to describe it…

Naturally, Katie guarded me the entire game, ensuring that I did not leave her sight. For those who haven’t seen Katie play, the only way to describe her is as the Energizer Bunny; she just never stops. She made every move that I wanted to do so difficult. There was a bit of abuse coming from both of us… some trash talking, knocking each other to the floor, a few fouls here and there; but instead of getting frustrated, there was nothing but smiles and laughs.

Although we are no longer at St. Francis, the roommate connection is still there… we still knew each other’s every move, which made the game that much more fun. As much as I would love to play with Katie again, playing against her is the next best thing; and I am so glad Sport Changes Life made that possible.