THE SIZE OF THE FIGHT IN THE DOG 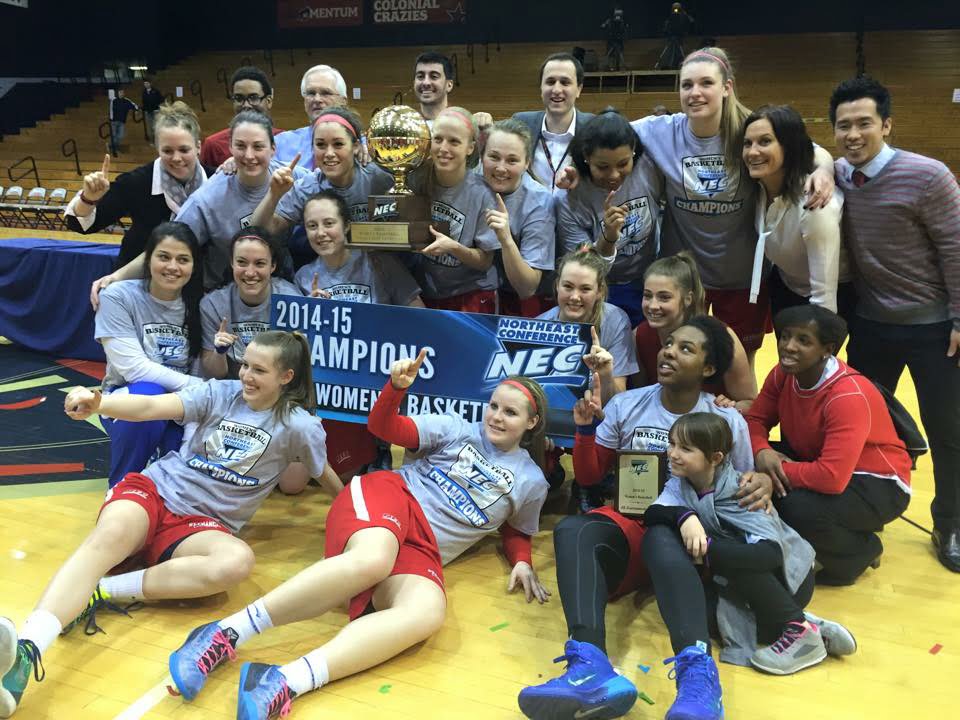 Terriers are little dogs. They’re not particularly fearsome or intimidating at first sight. People might even describe them as cute. I was a Terrier for the past four years at St. Francis College, and I can say from personal experience that a lot of our opponents did not take us Terriers seriously enough.

Perhaps they had good reason. When I came into the program as a freshman, St. Francis did not have a tradition of winning. It had finished bottom of the ladder for years running, failing even to make playoffs. Yet, as my teammates and I gained experience and began to really gel together over the years, our program gained strength. With the guidance of our coach, John Thurston, and his assistants, we transformed St. Francis from “the doormat of the conference” (yes, one online announcer actually referred to us as that—I thought seriously about writing him a very strongly worded letter) to a serious championship contender.

By the time I was a junior, we had improved from having four wins my freshman year to capturing nineteen wins. We broke nearly every record in school history that year—every record except for the one we wanted most: our first ever NEC championship. We fell short in playoffs, and set our aching hearts on the next season, my last at St. Francis.

As a senior, the year wasn’t going as I had planned. We struggled through nonconference and the start of conference play to gain momentum. And then it happened. Towards the end of conference play, we went on a 5-1 game winning streak. It was like someone flipped a switch and suddenly we were playing as one unit, unified by a single goal. We’d dug ourselves a hole though, and were seeded just fifth for our conference playoffs. A fifth seeded team had never won the championship before. Being fifth also meant that we would have to play on the road for each playoff game. So we went to Sacred Heart University, and beat them. Next we took on the Central Connecticut State University Blue Devils, the regular season champions, and upset them on their home court in a double-overtime victory. Finally we traveled all the way to Robert Morris University where the championship game was held. It was there that we became the first fifth seeded team to win the championship and the first St. Francis women’s basketball team in school history to earn its berth to the NCAA March Madness Tournament. It was also where my biggest dream for the past four years came true, and I can’t think of a happier moment in my life.

Despite the fact that us Terriers experienced such a dramatic improvement over my four years at St. Francis, I still always felt like the underdog. My teammates and I were basically the human embodiment of Terriers. We were not the most intimidating bunch. We were often undersized and certainly not the most athletic team. We weren’t the strongest or the fastest either. But we were smart and most of all, we played hard. We lived by the saying: “It’s not the size of the dog in the fight, it’s the size of the fight in the dog.” And no matter if we fell short of our opponents talent-wise, we never failed to match them with fight. That’s what it is to be a Terrier.

Even though I have graduated and left St. Francis, I’ll always be a Terrier. Now, I’ll just have to stay up until ridiculous times in Ireland to watch my Terrier sisters play this season. With their first game against Georgia Tech fast approaching, I just have a few words for them. First, you are a young team who has graduated a number of its highest minute players. People will underestimate you. That’s good. Let them. Terriers are great at being the underdogs, and it will make each win that much sweeter. Second, as a young team you have to look to the upperclassmen for leadership. Leah Fechko is not only the most experienced player you have, but she is also one of the most dedicated basketball players I have ever met. Look to her for leadership (no pressure Leah). Third, Georgia Tech’s mascot is a bulldog, so it looks like it’s going to be a dogfight. And you know what they say about dogfights: it’s not the size of the dog in the fight…