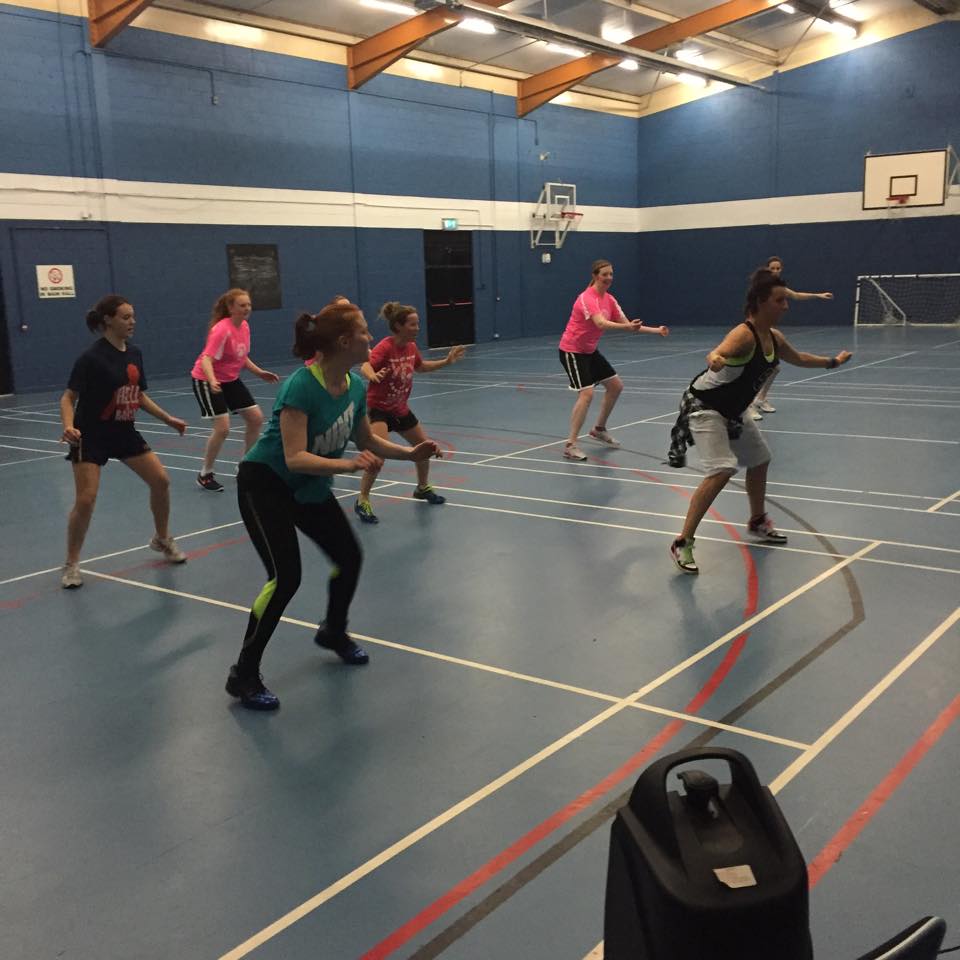 While I’m here, I’m constantly finding new and different ways of looking at basketball and what it means to be a team altogether. Yesterday’s Titans practice was no different. I’m not sure how the conversation got started but I was informed by my team of a serious desire to do Zumba during practice time. An unforeseen request but as a girl who likes to ‘bust it down’ on the dance floor, I looked forward to the change. As luck would have it, one of my players, Ania, is a fitness instructor so we were ‘sorted’.

The Westside Community Center is habitually frigid but after 2 warm up songs we were burning up. We sashayed to Enrique Iglesia’s Bailando and a slew of other latin songs. We took it uptempo to Iggy Azalea’s Black Widow and Daddy Yankee’s Gasolina. And at one point, we wound up in a Vegas-style chorus line (I have footage to prove it)! Besides being a great workout it was so much fun– or dare I say ‘good craic’.

It’s not often when the ‘student’ becomes the ‘teacher’.

It’s even far less often that we, as members of a team, get to step outside of our roles and shine in a different light. I think both of those instances happened last night and it was a beautiful thing.