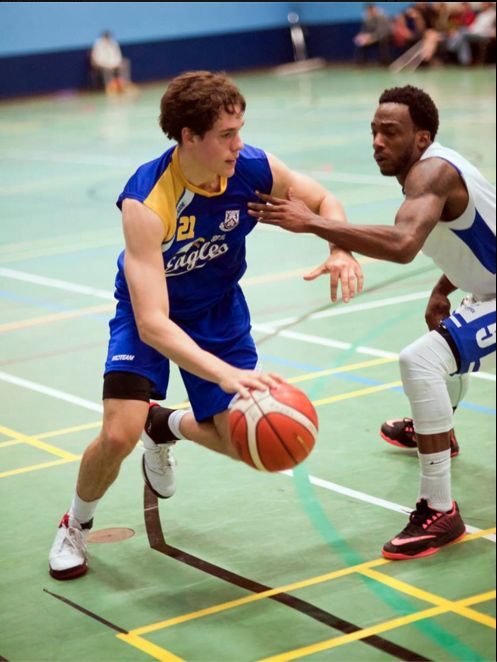 A normal regular season game consists of four 10-minute quarters with a stopping clock. This tournament consisted of two 10-minute halves with a running clock. A running clock means the clock doesn’t stop if there is a foul or if the ball goes out of bounds or anything like that. This meant that a 6-point lead really felt like a 20-point lead because the game was so short that it was hard for the other team to come back. It was a “get it and go” style of basketball and the most fast paced games I had ever played in. You didn’t have to wait for the official to hand you the ball on an inbounds play, as soon as the ball went out of bounds you could grab it and throw it in. It was so fun to play that fast paced style of basketball and the atmosphere was great with hundreds of people in the stands. It was a unique basketball experience that I will never forget.