Hanging with the Huskies 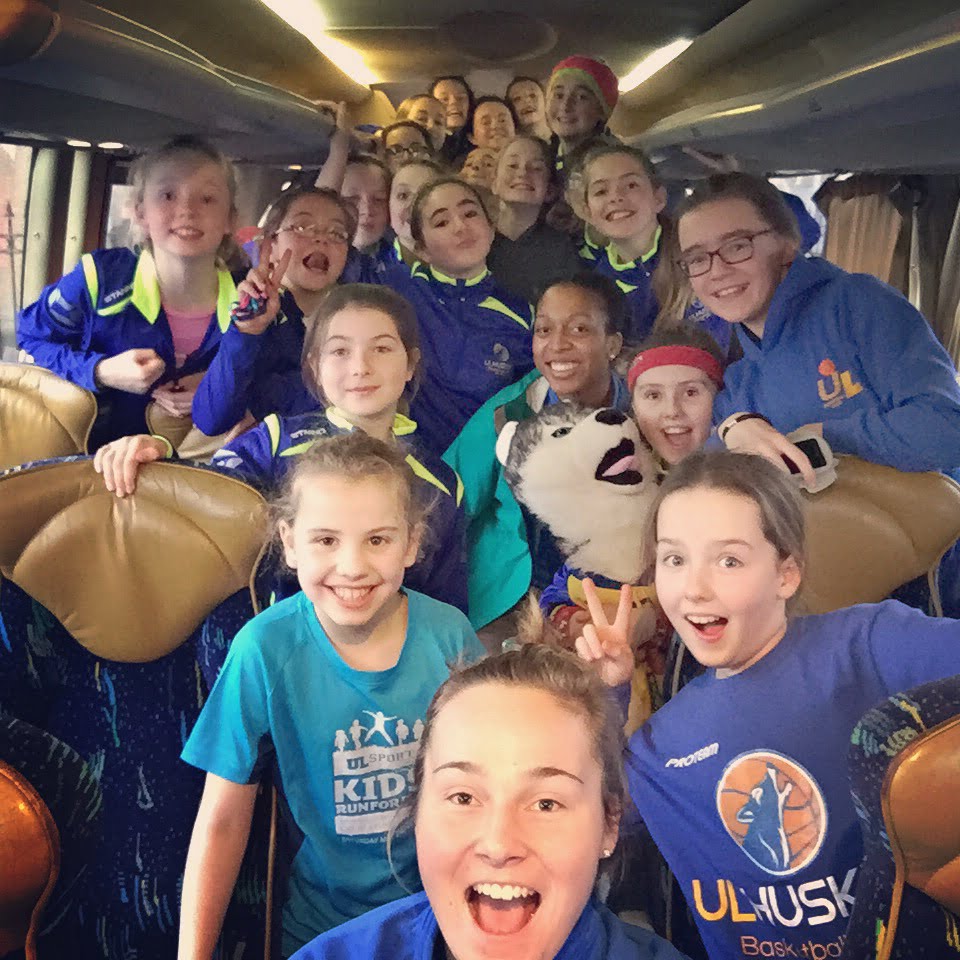 As expected, the girls were incredibly excited and energetic the whole trip down to Waterford. In fact, I’m pretty sure they sang the entire way down. They sang every Christmas song, UL Huskies chant, and popular song on the radio. I think it’s safe to say the girls should stick to playing basketball 🙂

The games were great fun; the girls played hard and had a blast while doing it. In between games, Kelsey and myself hung out with the girls talking about anything and everything, ranging from how we pronounce McDonalds wrong to the number of selfies the girls had taken on the trip so far… it was over 300, in case you were wondering, It was great to hang out with the girls and get to know them in a setting other than at practice or on the bench during a game.

After the two teams played their games, it was time for the premier league team to play. During the entire the game, the U14s and U12s cheered, danced, and supported us as much as they could. They single handedly changed the atmosphere of the gym, making us feel like we had the home court advantage; it was awesome!

Looking into the stands and seeing all the girls watching, motivated myself and the other girls even more. I wanted to play for them, to show them how great and fun the game of basketball is.

The entire day was phenomenal. I had a blast hanging with all the girls and hope that there will be another day planned to do something similar.

Thank you to Sarah Deegan, Phil Egan, and the rest of UL Huskies Basketball Club for organizing such a fun day!

PS- Thanks Rachel for the selfie stick! We absolutely nailed the picture!