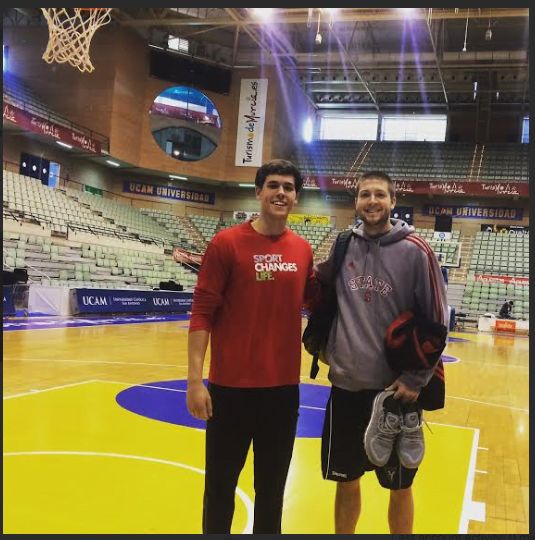 Last week I was able to take a trip to Spain to visit one of my former NC State teammates. Class has not started back yet and I also had a bye week in basketball and no coaching so the timing worked out perfect for me to make the journey. My former NC State teammate, Scott Wood, now plays basketball professionally in Spain for a team in Murcia. He plays in the top division in Spain and his league is considered the 2nd best basketball league in the world, behind the NBA. He let me tag along to his practices and it was amazing to see how high the skill level was. He also had a home game while I was there so it was a perfect chance for me to see him play. There were around 10,000 people at the game and the fans were very loud and passionate.

I have many former NC State teammates playing professionally all around Europe and I have always wanted to visit them and catch one of their games. It was always to expensive for me to fly from the United States to see them but now being part of the Victory Scholar program, I was able to easily fly down from Ireland to Spain. The trip was one of the coolest experiences of my life and another way that basketball has impacted my life. I spent a week in Spain with one of my best friends and saw him play live in one of the best basketball leagues in the world. That’s a pretty neat opportunity that I am extremely grateful to have experienced. I am hoping once my season ends that I’ll be able to visit another teammate in another country!