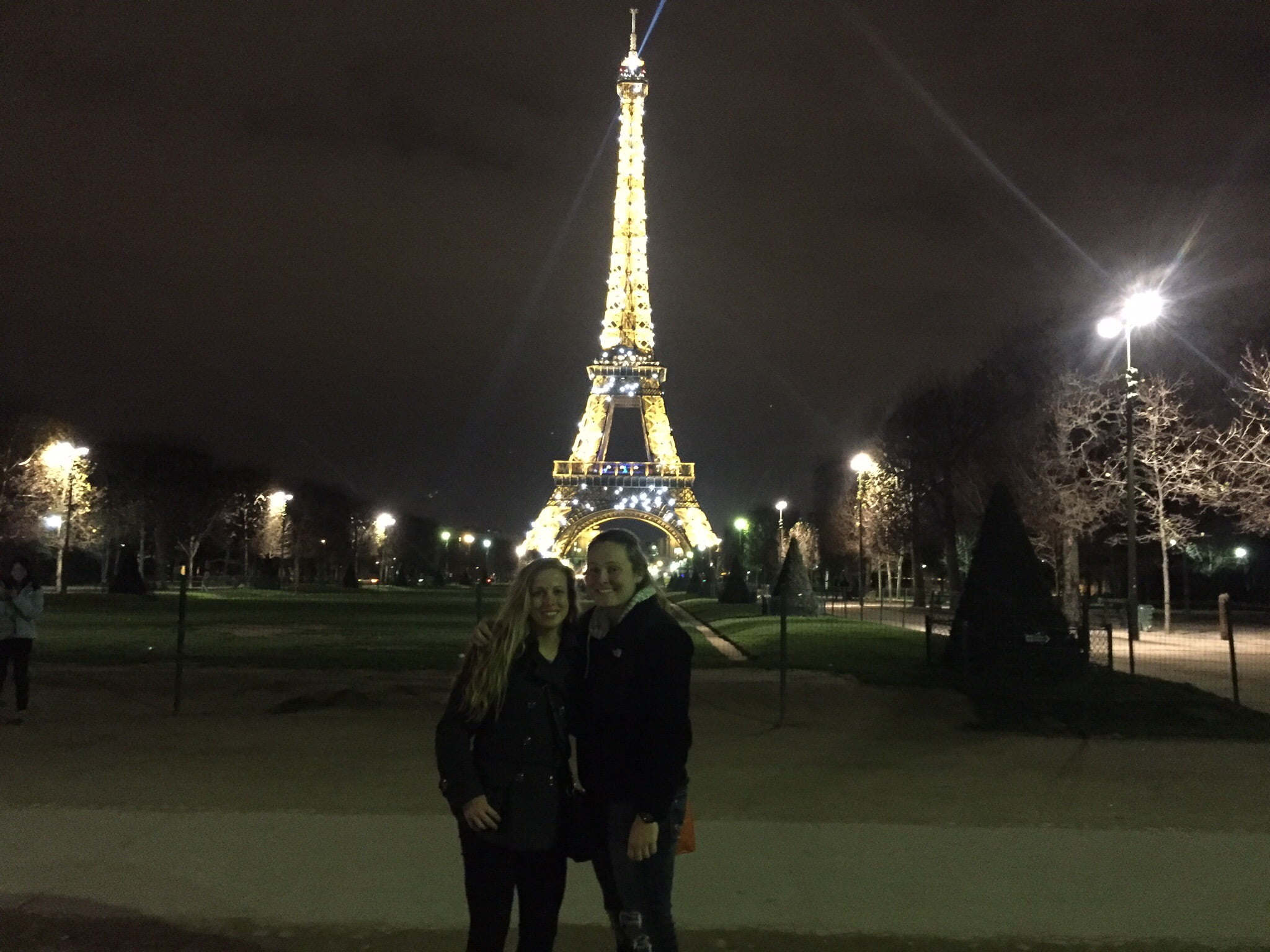 The next and final stop of my Euro trip was Paris, France. I was very excited to go to Paris to see all the iconic landmarks and the interesting history that I have learned so much about throughout the years in school. The only issue was that it was the day before New Year’s Eve, which meant that Katie and I were not the only visitors that wanted to see all that Paris had to offer.

We learned this very quickly after we visited the Museum d’Orsay to find a line 200 yards out the door of the museum. It became even clearer when we went to the Eiffel Tower and saw even longer lines that were quadruple the size due to the 4 points of the tower you could go up from. Just in case we hadn’t totally grasped the fact that the Paris attractions were the real deal, we went to the Palace of Versailles, where we were pleasantly greeted by a 2.5 hour long line to enter the Palace.

At this point, we realized we were going to have to play the waiting game. We actually got pretty good at the waiting game by the end of our time in Paris. We woke up early and made it to the Eiffel Tower for 8:30, an hour before it opened in order to beat the lines. Unfortunately we still had to wait in line, but in a much shorter line! Plus, the early morning made for a great sunrise casting over the Tower, while the view from the summit of the tower definitely made it worth the wait in the chilly morning.

Call us crazy, but we also waited in the 2.5-hour line to see the Palace of Versailles, which was another point of interest that was well worth the wait. The history and the ornate decorations made the Palace absolutely amazing to walk through!

Regardless of the number of people wandering around, Katie and I were determined to see as much of Paris as we could. Since we were only there for two days, it meant we had to pack our days to the fullest, and move fast. In fact, we did most of our sight seeing in just one day. To get a glimpse of our 16-hour day, we walked 15.11 miles, climbed 73 floors, and saw 14 of Paris’s historical and iconic landmarks. Absolutely exhausted by the end of the day, we were satisfied with our accelerated tour of Paris.