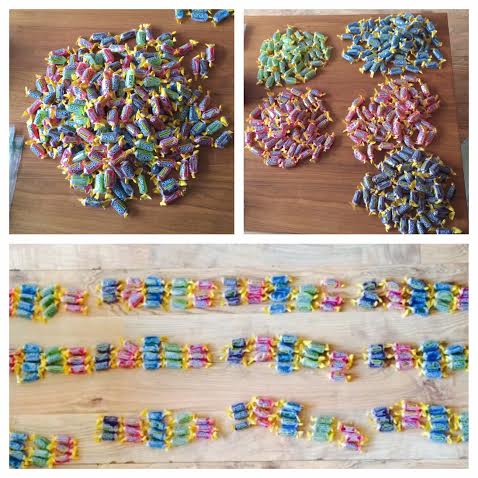 This was a new way of preparing for practice. As a player my pre-practice ritual usually includes a nap, a meal, and plenty of water. As a coach it is usually all about writing up a practice schedule. But this week, it involved sorting a 4-pound bag of jolly ranchers into groups by color, then organizing them into even sets, and finally making little baggies for each of the players. I made sure everyone got the same number of each color – no one wants to be the girl with all green apple, you know?

The chore was a tad tedious, but definitely worth the effort. I tend to think of jolly ranchers as the candy left over at the bottom of the candy bowl, but apparently they are much loved on this side of the pond. We had the girls competing for an unnamed prize, and they went crazy when they saw what it was! I’m too soft to only give candy to half of them, but some competitive spirits were unhappy with this approach, asking, “Why were we even competing if everyone’s going to get the prize anyway?” I love to see how competitive they can get.

The best part of the practice was its end, when Harrison and I watched the girls running out to their parents in the parking lot, waving their baggies and shouting “WE GOT JOLLY RANCHERS!” I think this is going to be a tough act for me to follow!