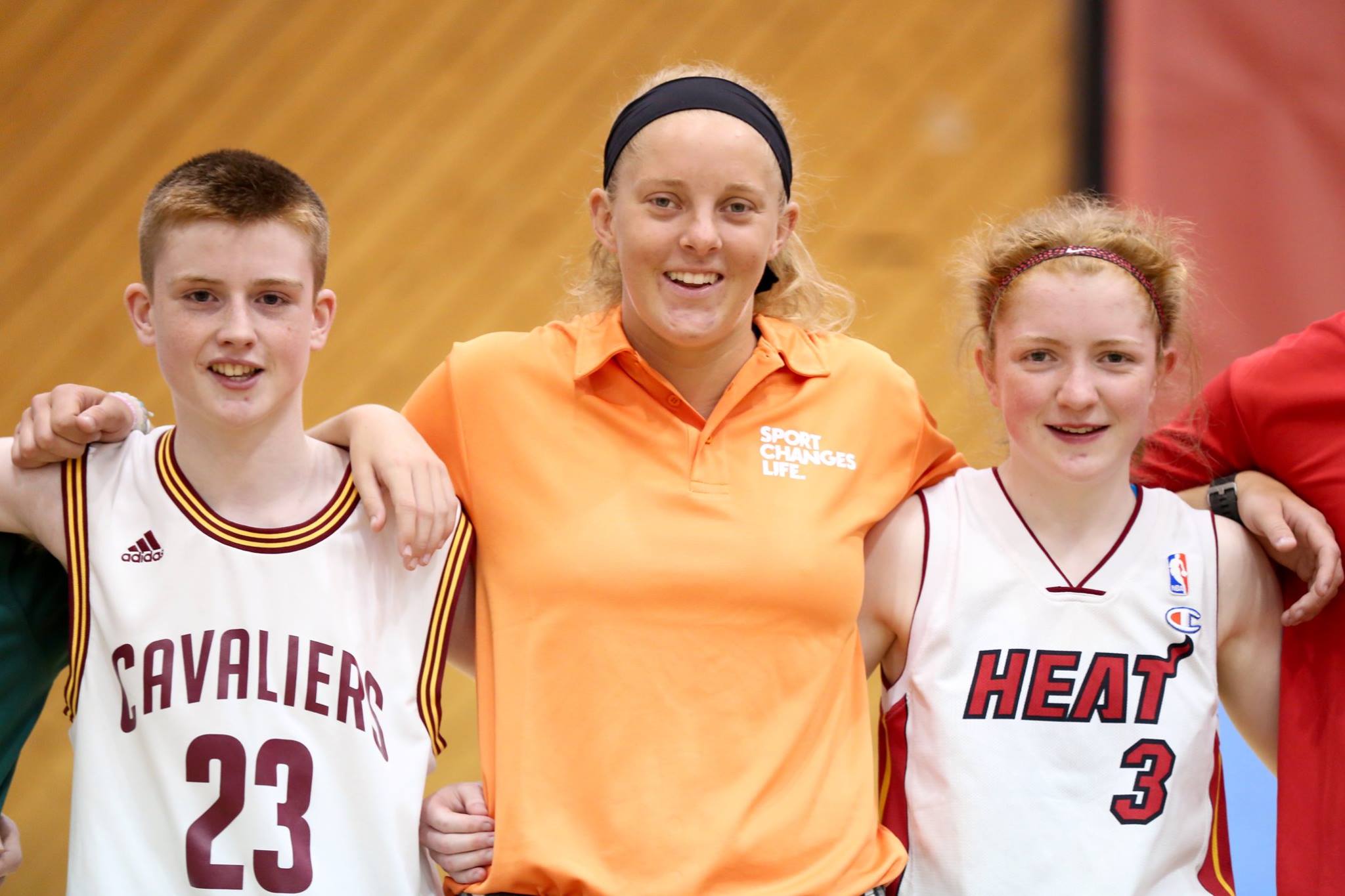 This past week up in Belfast has had many ups and downs for me personally. The basketball intro award was very fun and informational. Gareth had us running around and playing games we could play with the kids we will be coaching. People were getting into it so it was fun even for us big kids. The games even acted as another ice breaker for us and was allowing peoples personalities to come out. Coaching training was really helpful as well. I was a coach and P.E. teacher at home but I learned so many more games and teaching points that will be useful for our coaching here. All of us were split into groups and had to demonstrate a game and adapt it to different age and ability levels. Everyone did a great job and they still managed a way to help to make it better or to get more children involved. It was a lot of fun playing the games.

On one of the days, half of us worked BNI camp while the other half hiked up cave hill. BNI camp went really well, I recognized some of the kids from last last year. I think the kids were excited to see new people and they all had a ton of questions for all of us about basketball and living in America. The kids were great and there was great energy in the gym from the scholars and players.

Everything was going great except my back was giving me a lot of trouble. I wanted to active and included in all of the events we were doing as a group. I was hanging in there for a little while but then I just couldn’t do it any more. I was in bed for about two days just trying to rest and take care of my back. I decided not to play pickup and even if I wanted to I don’t think Ebony would have allowed it. She told everyone that if I played to not pass me the ball. I appreciate it now because I don’t think I definitely wouldn’t have been able to play at the time. I missed out on a night out in Belfast and my groups hike up Cave hill. A steep 4.5 mile hike just wasn't physically possible for me those couple of days. I’m hoping ill be able to do it once while I am here in Ireland.

I was pretty bummed when I was missing out on a lot of the events because I felt like I was missing out on getting closer with the other scholars and the whole overall experience. Everyone was so good to me though during those couple of days. They would help carry my stuff, Ebony cooked my breakfast every morning, Sarah and Jasmine brought me back some late night pizza, and Megan had a portable stim machine. It was all just very thoughtful to be so helpful to someone who they have only known for 5/6 days. Gareth, Deirdre, Aimee and Marc also helped me out a lot. They were letting me get up and move around when I had to during seminars or lay down when I could.  They also got me in to see a “Physio” while I was in pain and Gareth and Deirdre even offered up their house so I would be more comfortable. On days like those it’s difficult to be away from the comfort of your home but everyone definitely made it as close to home as possible.