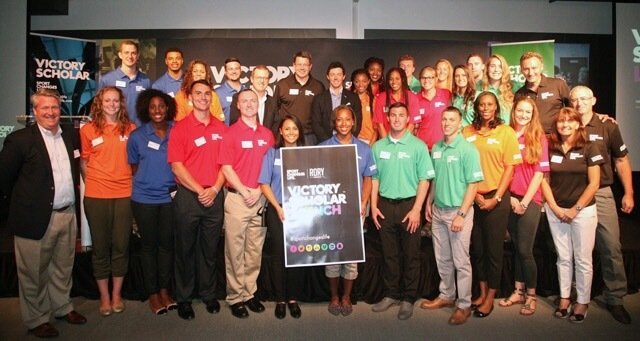 The day of the launch was probably one of the most hectic days I have had in a really long time. The day itself started with getting into New York in the am and meeting everybody for the first time. Talk about a lot of new faces and names that I was going to have to learn in a short span of time. I was for sure intimidated, nervous, anxious, and excited all at the same time.

The launch itself was going to be a very exciting event in itself not only because this was the day we finally get to post on social media what we will be going to be doing the next 9 months but THE Rory McIlroy was going to be at the event speaking to us and speaking for his foundation. To any person that is not a golfer this was a big deal but to be a golfer this was an even bigger deal. Having the number one player in the world at one time stand right next to you is a huge deal. Therefore, it was a big deal for me to be standing in the same room as him.

The event was executed flawlessly and the feeling of importance that I felt after the event was more than I expected. Sport Changes Life makes sure to put a big emphasis not only on doing charitable things for the community especially the young ones but the Victory Scholars themselves. I felt really important standing alongside the basketball players and that is the same feeling that I feel so far throughout the process thus far. The gifts that we received from the great sponsors were the icing on top of a great launch and first hand experience with Sport Changes Life. I couldn’t imagine how great the rest of the program was going to because of how strong of a start we had. We got gifts from Nike and Bose and we got to speak one on one with Rory, which was a great experience. Hearing about all the great things that were going to happen later on only got us wanting more. All in all it was a great experience and first impression from SCL and everybody else in the room.