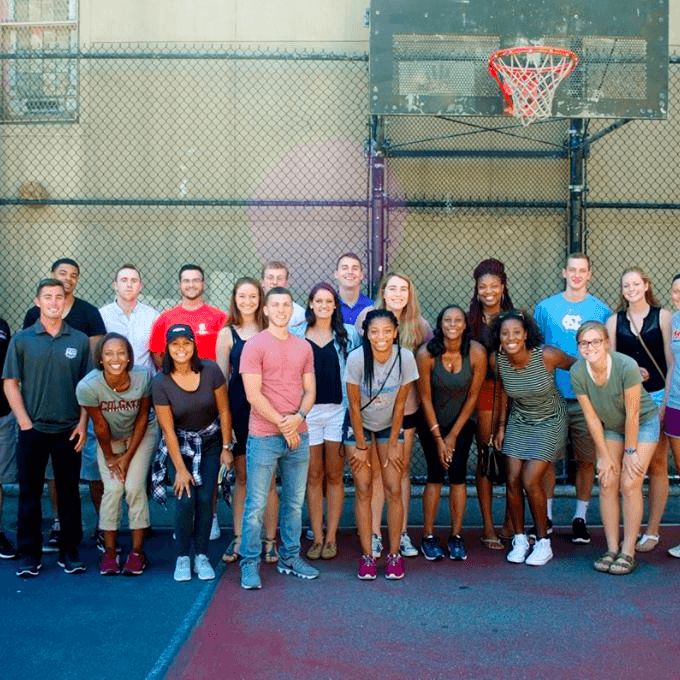 Since it’s conception, SCL has aimed to offer kids hope and inspiration through wonderful world of sport. Without the perseverance and grit of Gareth Maguire and the original members of SCL none of the scholars of today would have this incredible opportunity. The addition of the Rory Foundation and Rory McIlroy promises to take the vision of SCL to the next level.

On August 22nd at the Nike offices in New York the Victory Scholars had the pleasure of being welcomed into the SCL family in grandiose fashion. Not only was Nike and incredible host and provided a wonderful venue they also gave a platform for us to meet with the man who Gareth repeatedly told us Americans “don’t understand how big of a star he is.” As a follower of golf myself I was definitely intrigued with being able to meet Rory and see what he was like off the course. While his impact of partnering with the SCL team is already paying dividends that may have been expected, what I was most impressed with was how he was genuinely interested in the program and the mission of SCL. To see someone of his caliber and status not only support an organization for change financially but to also want to be involved on a social and personal level spoke volumes.

While this class of Scholars is the biggest in SCL’s history, it is not hard to understand the effort and actions of those who came before us. During the launch, many of those original gritty members who had a vision of what this would become long before any of us even knew where we be going to college spoke about the path taken to get to where we are today. It was great to hear them speak of all the experiences they have had with this program and to see them lay out a vision of what they want this program to turn in to.

Add up all the speeches, the theatrics, the meeting of new people who will become family and what you have is a night that most of us will never forget, oh and adding in a sweet Nike bag full of gear didn’t hurt either.