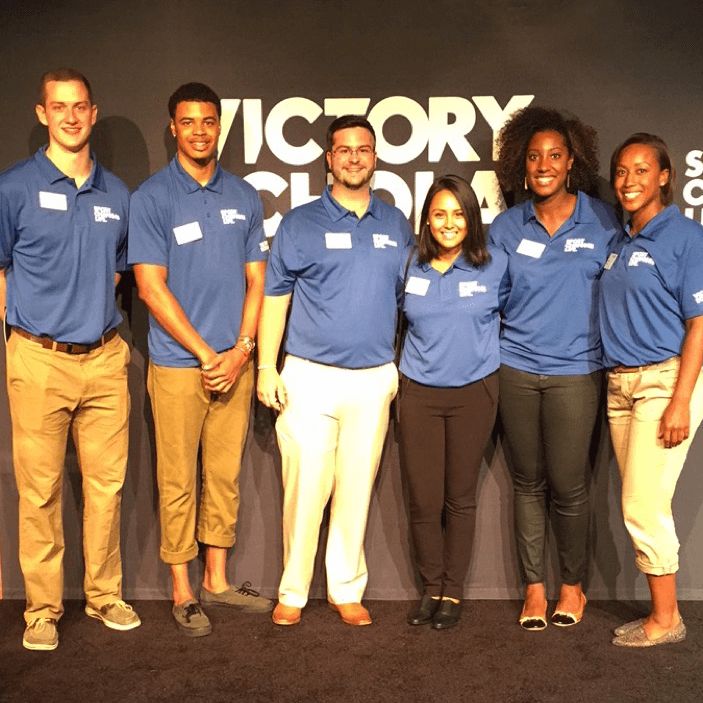 Saying goodbye to my family came with saying hello to new members of the Sport Changes Life family! Myself and 22 other Victory Scholars were introduced to one another after months of Facebook, Instagram, and roster stalking (at least on my part haha). It was finally the day of the launch and I was so eager to meet everyone involved. Walking up to the Crompton, I was greeted by a beaming Aimee (the victory scholars’ helpline) as she ran out and gave me the biggest hug with her bulgin’ biceps–as she thinks they are ;). This was the moment I could tell everything was going to be all right.

I walked in and over half of the scholars were already there. The conversations involved where everyone was from, what school they went to, mutual friends, who's played each other, how many bags did they pack, how much did their bags weigh, who's living with who, and so much more. You would think it was a game of 21 questions times 23 people!

Once everyone arrived we made our way to the hostel and prepared for the launch at Nike headquarters. You could sense the excitement from everyone. What made it even better, as soon as we walked in, Rory McIlroy followed. The energy vibes jumped from 100 to 200 in a matter of seconds. The presence of my parents, my new Sport Changes Life family, my Patriot League family, the Rory foundation, the Nike family, Coca Cola, and everyone involved was more than any euphoric feeling I’ve ever felt. Meeting Rory in a one on one session with him opening himself to a group of his followers and fans is something I could have never imagine happening. Nike opening their doors and surprising us with unbelievable presents is something I will never forget. Plus the speakers we received from Bose, I will be singing and dancing all year!

What I will remember most about the launch is the fact that a single event could tie so many individuals’ stories into one. Some of the people knew each other, but we were mostly strangers. By the end of the launch we had made friends, created undying memories, and started relationships.