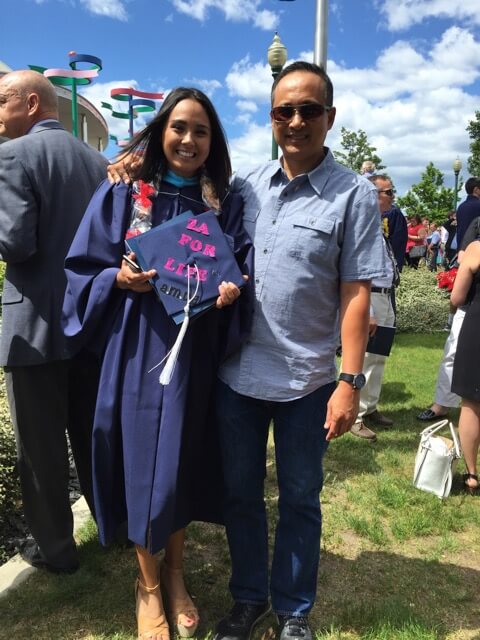 To say that time flies is an understatement. After coming back from a 2- week vacation from the Philippines I only had one week to spend at home before venturing off to a new adventure. My vacation to the Philippines was the first time I have ever spent time out of the country and to say the least it was a shock factor. After coming back all I could think about was that I had to leave in a week to go abroad. I was extremely nervous because I had no idea what Northern Ireland was going to be like. Despite the fact that people were telling me it was going to be nothing like the Philippines, I still had my reservations.

I knew from the beginning the biggest thing that I would be leaving behind was my family. I just had come back from being away at college and I was going to have to leave again but, to a place in a completely different time zone. This was going to be a big change for me. Therefore, I am going to thank the people that supported me the most with making this very hard decision an easy one. The first person that I would have to thank is my professor at Gonzaga for even sending me the application and thinking that it would be a good fit for me. If it weren’t for my professor encouraging me to take this chance I wouldn’t be here. Next, I would have to thank my dad for supporting me in taking this chance. This is the one person that always believes in me and for him having my back in this crazy idea was really comforting and assuring that I had made the right idea. Last, my supporting friends from school. They have been there for me during the hard times and they were the first ones to say that this would be the ideal opportunity for me. Not only to have the chance to be happy again but take a chance on something that I had thought that I wanted to do with my life later on was crazy but a good crazy.