The Launch at NIKE 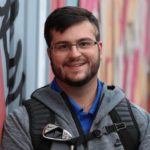 As being one of the first golfers ever to become a Victory Scholar, it was just mind boggling knowing that I would get to meet Rory McIlroy. It was something I will never forget. Meeting Rory when he walked through the doors of NIKE in New York City was crazy. What topped it off was the CEO of the RORY FOUNDATION personally introduced me to him. I was able to ride in the elevator with him and speak about golf to him.

After all the scholars had gathered into the NIKE viewing room, we all had a Q&A with Rory. What made this awesome was my dad was joking around the previous night with Barry, who is the CEO or the RORY FOUNDATION, saying that I could out drive Rory. This of course is not true! But when we all gathered into the conference room with him, he jokingly stated that he had heard that I could out drive him and said that he had a simulator out back and we were going to see who was longer! I turned beet red and was totally called out in front of everyone. Needless to say, I was definitely embarrassed!

The whole event was just mesmerizing. I'll never forget it. Being announced in front of everyone, especially my parents, was something that’s unforgettable. Hearing everyone speak and hearing how much this program means to other was fantastic. It became so surreal to me, when my name was called out. There is truly nothing like it. Being in a room with such power people was amazing. At times, it makes you feel like you truly have purpose and all the people came out to see us. I can't begin to fully explain it because there are not enough words to depict how it felt to be there.