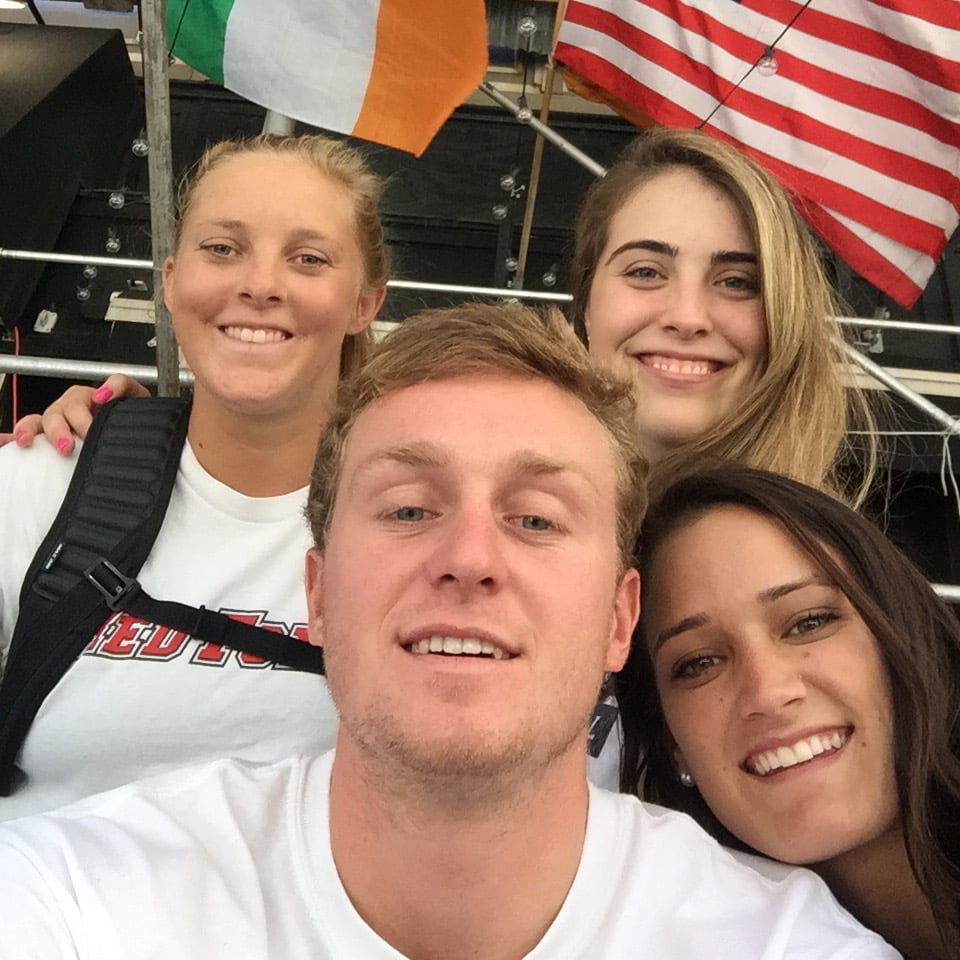 The Sport Changes life Launch event exceeded my expectations! I originally thought it was more of a meet and greet of just the scholars and employees of sport changes life. When we received the E-mail saying that it was at the Nike offices and Rory McIlroy was going to be there that was a game changer for me. You had me at Nike. Besides basketball, I love to golf, my dad taught my brother and I when we were young. I found it so boring at first then my competitive side took over and I caught the bug. I knew who Rory McIlroy was but I never really followed the PGA but when I got to Belfast last year everyone was a Rory fan so I became a Rory fan by association. Ever since then, I have been following Rory on Social media and on the PGA tour and have become more of a fan on and off the golf course.

I think I was most excited to meet all of my fellow scholars. We were all Facebook friends and in a Facebook group but it was great to finally meet everybody in person. There was small talk at first figuring out names, where everyone played in college, and what university we were going to. Then small connections started to be made by knowing one another former teammates or coaches etc. It’s crazy how small the basketball world is. We had tasks that asked us to take pictures and time-lapse videos all around the city. I love photography and my group got really creative with our pictures and videos. We decided to head over to the world’s most famous arena, Madison Square Garden, of course its the one week we can’t get in. They were setting up for the MTV Music Awards show. We had to make due and take pictures around the entrance and gift shop. As a group Madi, Megan, Kelsey, Tanner and I had a good time wondering around the city taking a bunch of pictures and many attempts at time-lapse videos. One of my favorite pictures from that day was in front of a local Irish Pub. I found and Irish and American flag next to each other. When Tanner took the picture the wind blew just at the right time and the two flags waved and made the selfie look perfect.

At the actual Launch event we started in a room with not yet released Nike apparel everywhere. It was was every athletes dream closet. While we waited for some of our parents and others to arrive we had a meet and greet with Rory behind closed doors which I thought was very cool! I have been to an event or two where a big name shows up and they take a few photos say some quick words and sneak out the back door. Rory was very cool and a laid back that it didn’t feel like we were sitting next to a world known superstar. After the meet and greet we went on to the room where our families, coaches, and the Sport Changes Life board members were to start the event. I was able to meet former scholars and board members of the program and to hear what sport changes life meant to them which was very inspiring. The videos and speakers were getting me even more excited to be starting this new journey as a victory scholar. To top the whole night off, Nike and Bose generously gave all of the scholars gear and new speakers. All of the scholars were now new owners of a Nike backpack, sneakers, sweatshirt and Bose speakers! It was like Christmas in August!