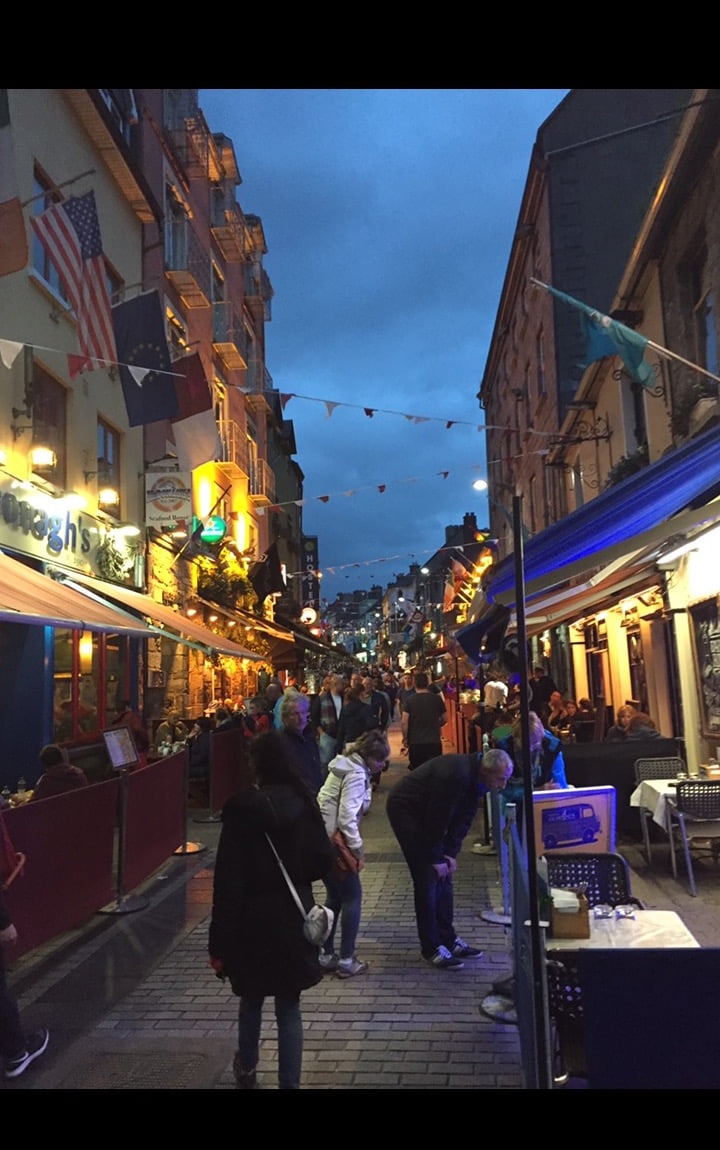 It’s only been a few days since Ebony, the female scholar studying at NUIG, and I left Belfast for Galway but a lot has happened in that short time frame. Firstly, we were able to get acquainted with Galway and it’s a beautiful “city”, even though it has a small-town feel to it. When I pictured Ireland in my head before I arrived, Galway is exactly what I had in mind. The streets are filled with authentic Irish looking restaurants/pubs and the atmosphere is lively with Irish music being played all throughout the city. It’s an incredible site to see and we are fortunate to have been placed in such a great location.

I also got a little taste of the basketball/coaching aspect of SCL during my first few days in Galway. I had my first practice within four hours of arriving in Galway. After a seven-hour drive earlier that day, it wasn’t the easiest practice of all time but it was fun and I got the chance to meet the guys I’ll be playing with this year. Our team consists of 15 guys from eight different countries, which has to put us at the top of the list for the most diverse team in the national league.

As for the coaching part, I trained seven to ten year olds on Saturday morning. Most of the kids had a weak grasp on the skills/rules of the game, which meant we only went over the basics. Teaching them how to dribble, shoot, not run into each other or throw the ball at another kid’s head, all the basics. Even though it’s only rudimentary aspects, it’s rewarding to see the kids have fun and learn something about basketball. After all, the mission of SCL is to impact the youth of Ireland in a positive way, and I feel like we are realizing that mission one small step at a time.

Overall, I’ve loved the short few days I’ve had in Galway thus far. I can already tell the year will fly by seeing as we’re usually so busy that I can’t remember what day it is. We start classes tomorrow which will make the time go even faster. Even though the time will fly, I hope to stop and think about the experience as often as possible. It is truly a once and a lifetime opportunity.