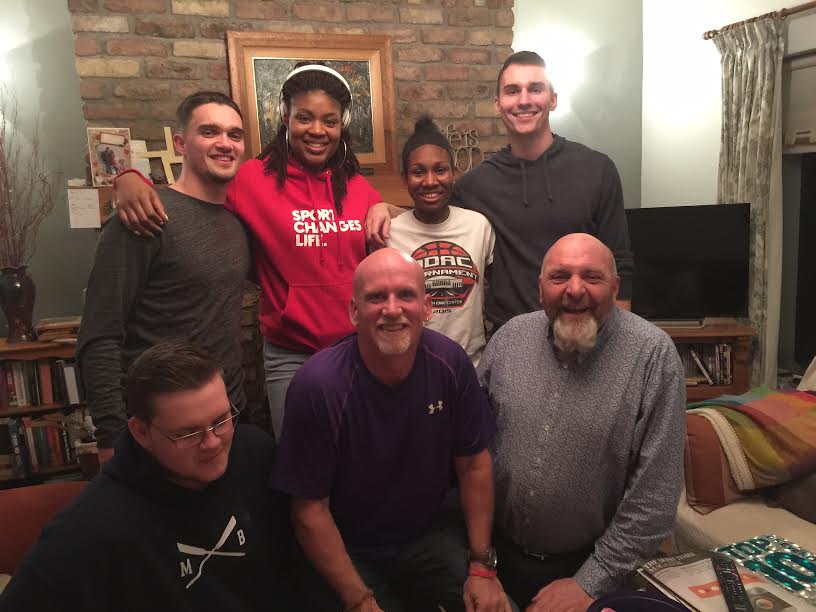 The weekend is a time for relaxation and hanging out with new found friends. This past Sunday I was able to do just that. At noon we went and watched MoyCullen’s basketball team take on another local team in a preseason game. We watched until about halftime, and then left to go to a pub to watch what I THOUGHT was going to be a boring game. When I first heard that we were going to watch Gaelic Football I was not interested at all. I thought I wasn’t going to be able to get into it, but I went anyway because it was a chance for me to hang out with some of my teammates as well as a couple of other people I had got to know over my month of being here. My thoughts were so far off. Not only did the game end up being very interesting, but I was just as into it as everyone else. Once I got the hang of what was going on, I was cringing with excitement and dropping my shoulders in disappointment with every missed or made goal of the game. It turns out I had a great time, and can’t wait for the tie breaker game in two weeks. The people I’ve surrounded myself with are submersed in the sport, so I decided to do the same. None the less I had a great experience and can now say I am a fan of Mayo Gaelic Football. This past Sunday has reminded me to always keep an open mind and try new things, because you never know what you might end up liking. It’s also the best way to bond with new people. Picking up on things they like to do is a way to get closer to them.