To Jump Or Not To Jump 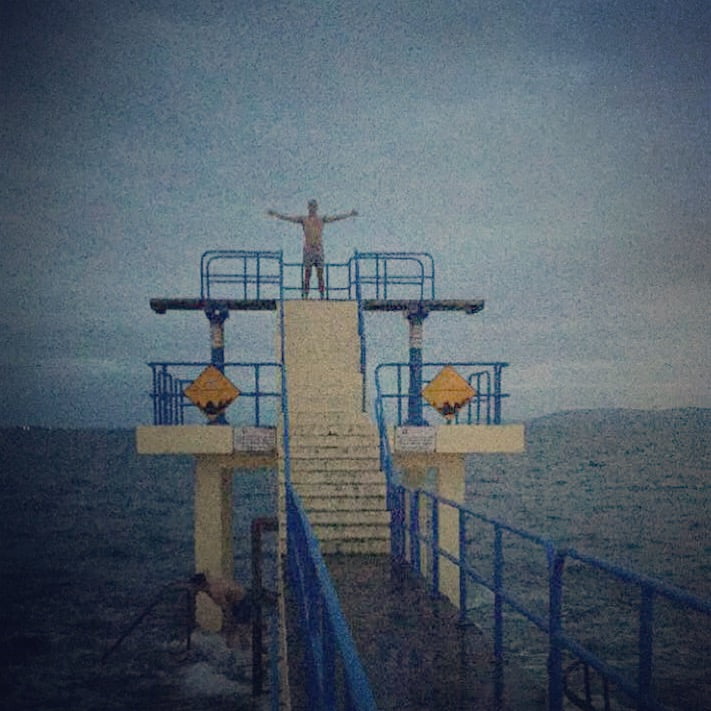 It’s been about three weeks now in Galway and we’re mostly settled in with school and basketball. Now that Ebony and I have had the chance to explore the city (town) and talk with different people, there was one common statement that we were told: you’re not officially a part of Galway until you jump off Blackrock. At first, we had no idea what this meant and nodded in agreement without understanding. After multiple people told us the same line, we decided it was worth checking out. We found out that Blackrock is the most popular beach in Galway that has a platform/diving board where you can jump into the sea. Even though I am the world’s worst diver and a subpar swimmer, I still wanted to give it a try.

It was this past Saturday on the 17th of September that we got the chance to go. We just finished dinner at Joe Coughlan’s house (Joe is our community partner) and he stopped by Blackrock for us on our drive home. What I pictured in my head was completely different than what was there. Being from Philadelphia and going to the South Jersey shore every summer of my life, I had a much different image of the beach. I’m not naïve enough to expect an exact replica, this is Ireland after all where the people think 60 degrees is hot, but showing up to a “beach” without much sand and a sea choppy enough to knock over a small boat, I was a little set back. Nonetheless, I climbed to the top of platform and it was much higher up than it looked from the ground. Joe told us that the sea was at high tide, and I was in too deep at that point to question him. I thought about doing a handstand off the edge and flipping into a dive like I watched the USA diving team do this summer, but figured that wouldn’t end well. Instead, I ran off of the platform and jumped, hanging in the air for what seemed to be 30 seconds. After landing and swallowing about a gallon of freezing cold sea water, I swam to the shore and could officially say that I was a Galwegian (had to google that one). And since we are in Ireland, we stopped by a local pub afterwards and grabbed a Guinness to talk about it all.

It was a cool experience, and one that anyone who comes to Galway should definitely try.