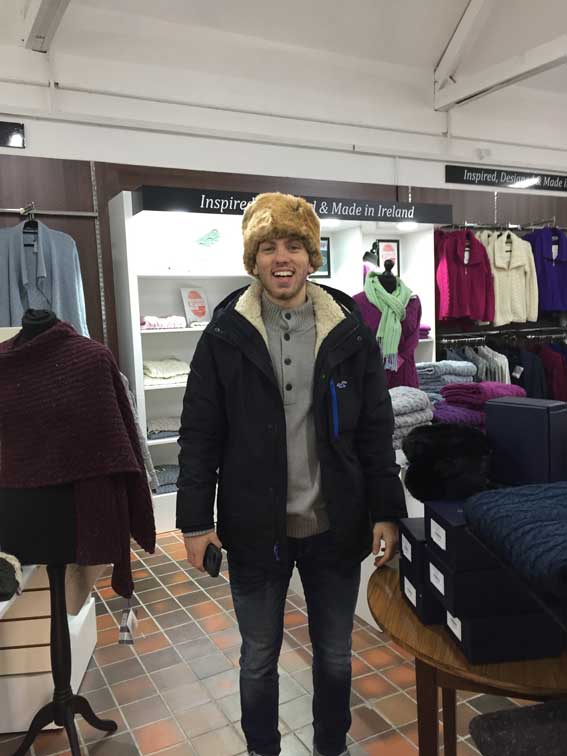 This past week was another successful one in Ireland. Most recently on Monday, October 24th I celebrated my 22nd birthday. This was a little bit of a different feeling because in years past I have been very use to being with my friends and family and celebrating. However, I am thankful for the people involved in the Limerick Celtics basketball organization and how they were able to make my birthday a great one. During the week I played in my first two basketball games since I’ve been out here! Playing on Tuesday in Tralee with LIT was great, as well as Thursday in Limerick with the Celtics. We were able to come out on top in both games, with competition not being too striking.

It has been a culture shock for me playing with LIT college team because of the fact that many of the lads (or guys) are of different ethnicities. Our team, believe it or not, actually only has two or three players who are actually of Irish descent. We have people from Nigeria, Iran, Philippines, Poland, and of course USA. It is interesting to me to talk and learn about the various styles of living, and beliefs. For me it is always great meeting people from other parts of the world because you learn so much more and it broadens your horizons.

The experience with my LIT college team has definitely been a bit of a tradeoff. While they have taught me a lot about the world outside of America, I have been able to reimburse them by sharing my knowledge of the game of basketball. A lot of them love the game of basketball, just don’t understand proper concepts and structure of the game. That is why as a teammate, it has been my job to be sort of a player-coach and give my advice to them. They have been grateful for this and have made me realize the impact you can have on the lives of others. These little things are the ones you remember forever!