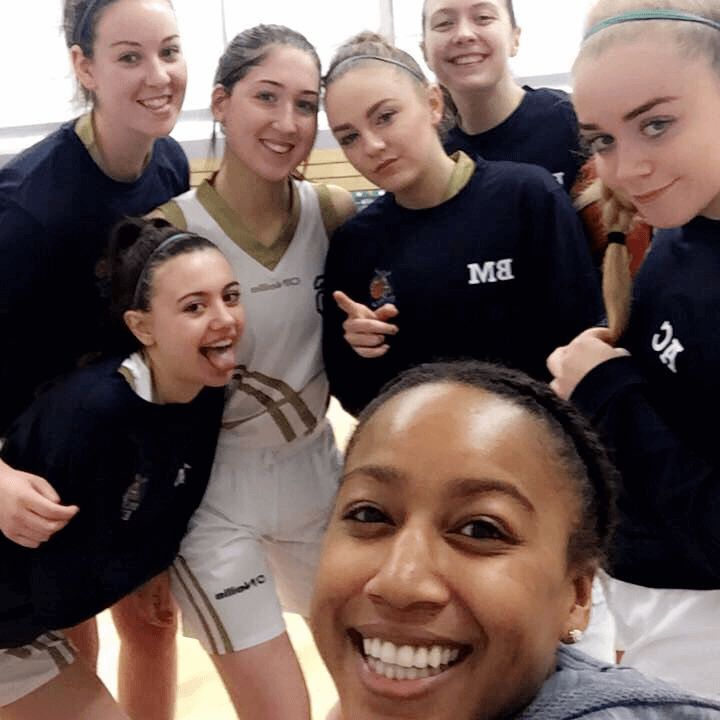 This past weekend I received the privilege of coaching 6 Lady Elks in Derry for the first round of the BNI/North West League. We played back-to-back games and the Lady Elks came back to Jordanstown with two wins.
The first game was played against Phoenix BC. Coming out strong, we hit the first 5 points including a deep three pointer. Putting on a stellar performance, Enya Maguire ended the game with 15 points (she would say props to the coach tehehe). The dependable Brianna Mulhern filled the stat sheet, notching in points, steals, and notable rebounds. We finished the game 46 to 44 and the girls gave me my first win as a head coach!

The second game was played against LYIT. Again, it was an impressive shooting start by the ladies to keep us up throughout the first half.  My girl, Aoife Callaghan finished with 3 threes. My lovely post, Lauren Devine showcased her rebounding ability, showing her presence on both defense and offence. Ruth Neill, player and my personal assistant, got into quick foul trouble, but returned to finish the game with dominant defense. Seana Harley- Moyes is someone other teams should take note of. Her energy and rebounding resiliency showcased on offense, resulting in multiple put backs and second chance shots for the win. The game finished 40 – 31 and just like that, I got my 2nd win for the day!
In the end, it all summed up to be good fun and laughs on a Sunday. There’s nothing like bonding with your team than long car rides, exciting games, and tons of giggles! The games are rolling out fast with us playing DCU on Wednesday! See you soon scholars!