Friends and the Ryder Cup 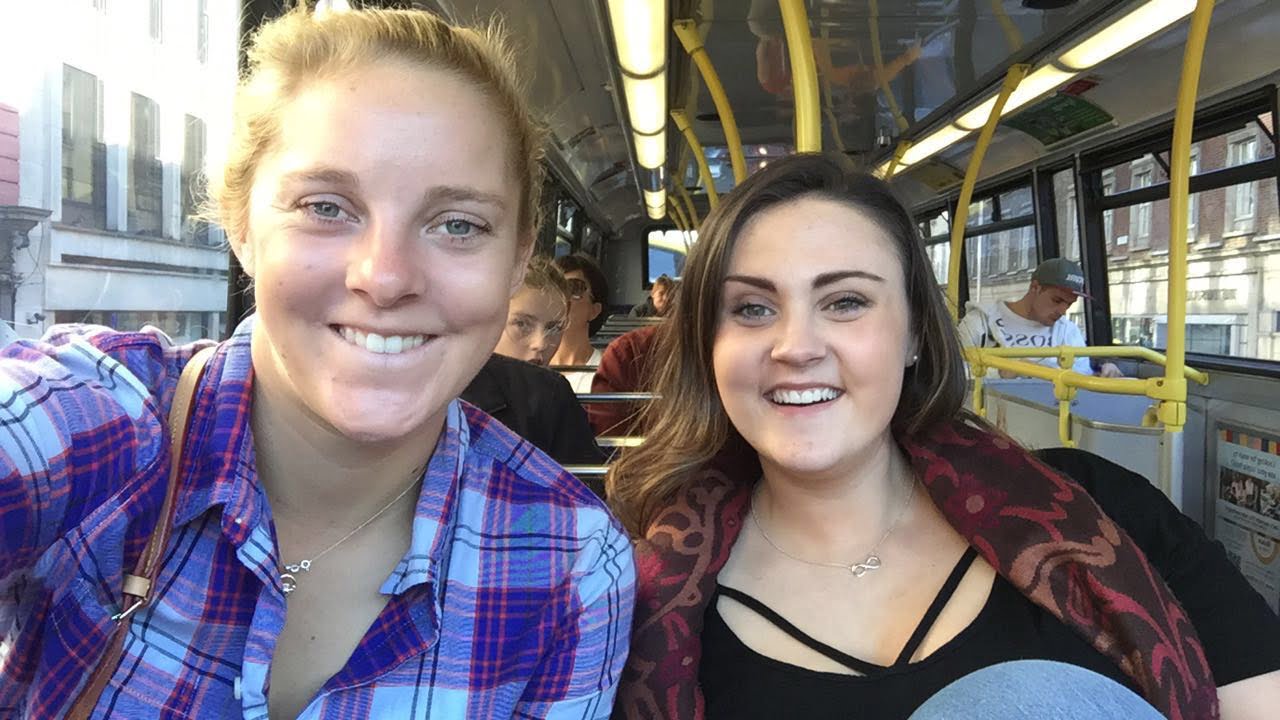 Today was a Sunday well spent! Firstly, waking up after a win from the night before is always a good day but today my friend Hannah from Belfast was coming down for the day! Hannah is one of my great friends that I met while living in Belfast last year. We had plans to spend the day in Dublin and catch up and watch the Ryder cup. Our plans didn’t go as planned when we decided to meet up with one of our friend and former coach, Casey at the Killester v. Templeogue men’s super league game. So we stopped for a drink while we waited for our bus and to check on the Ryder Cup score. The Ryder cup wasn’t on a single TV in the pub, there was a soccer game on that many people weren’t even watching. We weren’t too bothered by it because we were too busy catching up on what was going on in our lives since we last saw each other.

We caught the 40 bus to head over to the game to see Casey. We basically missed our stop and got a little lost on our way to the gym. We were about 100 yards from the gym but to get there we would have had to hop a few fences to get there so we had to walk around. We found the gym just as the second half was starting. It was an exciting game to be watching, the score was back and forth until a Templeogue player hit four 3’s in a row to pull ahead. It was a fun game to watch and you can always learn something from watching basketball games. (Like not leaving a player like that unguarded 4 times in a row).

After the game Hannah, my roomie Jazmen and I got a lift back into town and we grabbed some dinner. We couldn’t fully decide on what to eat so we decided to walk around and pick. We walked into a big shopping area where there were no pubs or restaurants in sight. We were all so hungry that we agreed we would stop at the first pub we saw. We stumbled upon a pub called Slatterys. We were able to get a table right away, there was live music and TV’s to watch the golf. The food was delicious and the music was great and the golf was on in the distance, everyone was happy!

Unfortunately, the day had to come to an end and Hannah had to head back to Belfast and Jazmen and I had to head home. We got home and I was able to facetime my parents and catch the end of the Ryder cup. It was fun to boast a little some of my Irish friends about USA winning the Ryder cup! We didn’t do anything extraordinary but we didn’t have to. It was the company that made today such a great day.