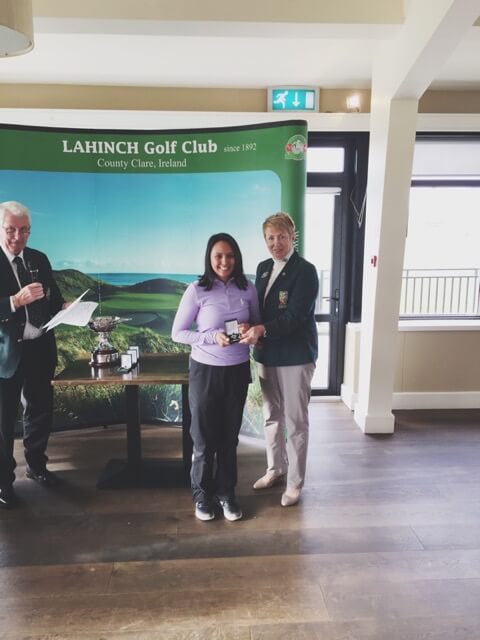 This week Pat and I travelled to Lehinch, Ireland which is approximately 5 hours south of Belfast. We were travelling to our first tournament with the golf team. Personally, it didn’t even feel like a tournament that I was travelling to because the arrangements of this tournament were so different than my undergrad. The biggest difference was that we weren’t competing as a team rather as individuals. This was probably the most freeing thing of the whole experience because I was excited that I could just play for myself and not expect anything from anyone else.

The tournament itself was a successful one. I played better than expected and I really enjoyed myself out there. Not playing competitive golf since April and I came out with a second place finish. I was pleasantly pleased and I am looking forward to the next event which isnt until March. Other than the golf the next best thing about the trip was having the opportunity to see the Cliffs of Moher. I got to see the south of Ireland and it was so beautiful. Thus far, this has been a really great experience and Im excited to see where I will be able to travel next.