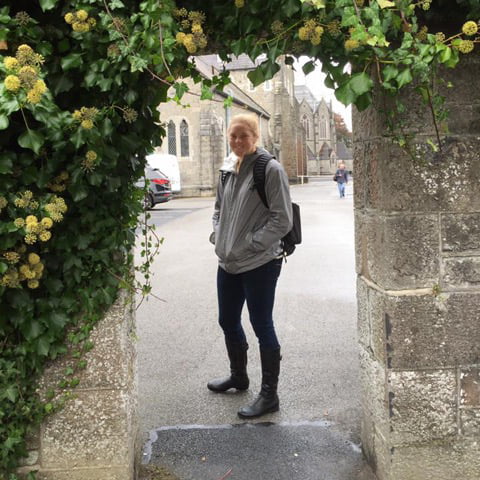 My first semester is underway at National University of Ireland Maynooth. Maynooth has an absolutely beautiful campus. It’s a mixture of old and new. Maynooth is Ireland’s youngest university being founded in 1997. It was formerly known as St. Patrick’s College, a college that is known as the ‘National Seminary for Ireland’, founded in 1795. The South side of campus is all 19th century buildings and the North side is all more modern buildings.

I am looking forward to being back in school The only thing is that my actual class schedule is so bizarre. I am taking four classes and I only meet with each class once a month. I have class every second week on Thursdays and Fridays. When I do have class, my one class will be from 9AM to 5PM. It’s a long time to be sitting in one room listening to one professor. I am not in the classroom much, so the amount of independent work seems like it is going to be a handful. I think this is really going to challenge my time management skills and balancing school basketball and coaching in a different way than I am used to. In college we had to balance about 20 hours of practice a week plus four or five classes per semester. It was so busy that we had mandatory study hall hours to get our work done. Now that I won’t be in the classroom as much I am going to have to be more self-disciplined to get my work done. I’m up for the challenge!