I Ball, You Ball..We Netball? 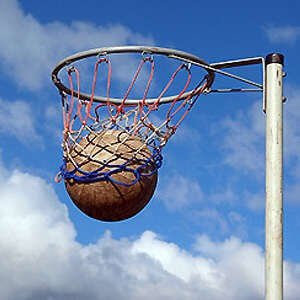 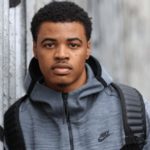 This past week I was able to play Netball for the first time. Usually when someone plays a sport for the first time it’s for kicks and giggles. Well yours truly was able to experience it against the Women’s Irish National Team. The Irish National Team usually doesn’t get anything out of scrimmages when it’s against girls because the best players are on the team. Instead their coach came up with the idea to play against males who are stronger and faster to better competition. Sometimes that even means for the coach to explain the rules to meet that criteria.

Playing netball is nothing like I’ve ever experienced before. A netball hoop is the rim and net minus the backboard. Only two players on the team are designated to shoot the ball. The other players are designed to stay in areas on the court that are based on their position in the game. I forgot one thing, you can’t dribble! The ball can only be advanced by passing. (In all my years of basketball the National Team had more ball reversals that I’d ever seen). Once the ball is caught in scoring zone (near the basket) the defense must be three feet from on the shot attempt.

Being the shooter I am, I quickly jumped to one of the scoring positions. It took me a couple attempts to get going but I got it down pretty quickly. Unfortunately, I wasn’t the only new player on the team we were all new at this. Defensively the girls picked us apart. We challenged them in ways and were the more physical team but their IQ and knowledge was so far ahead of ours. But then again we had to remind ourselves…these were the best girls in the country at netball!