Madre & Pops Travel Across The Pond 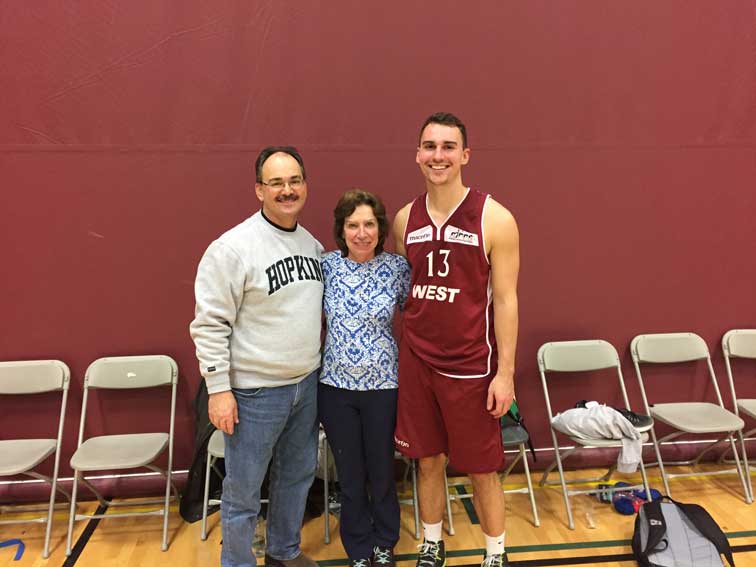 What an incredible week I just had with my parents. They stayed from Saturday, the 31st of October, until the following Saturday and enjoyed a jam-packed week. It was my dad’s first time in Southern Ireland and my mom’s first time here overall, which made it even more exciting for them.

When they arrived on Saturday, I helped them get settled at their bed and breakfast. Only a few hours later, I had a National League game in Galway which they were able to watch. It’s amazing thinking about all of the games my parents have seen me play from the time I was a kid all the way up until college, so to have them see me play overseas was truly a great feeling.

The next day we took a bus out to the Cliffs of Moher. It’s tough to find the right words to describe just how serene the view is, and to see it with my parents was incredible. While we were walking the Cliffs, I tried to get as close to the edge as I possibly could on several occasions. Naturally, this nearly gave my mom a heart attack and almost caused her to leave the walk. It was all in good fun though (from my point of view). Throughout the rest of week, we visited the Kylemore Abbey and spent time in Galway city. They also went to the Aran Islands on Tuesday, but I was unable to join them since I had class.

From having awesome weather, to traveling around Ireland, to spending time with the two greatest people in the world, the week could not have gone any better. I was fortunate my parents were able to visit, and will remember it for a lifetime.