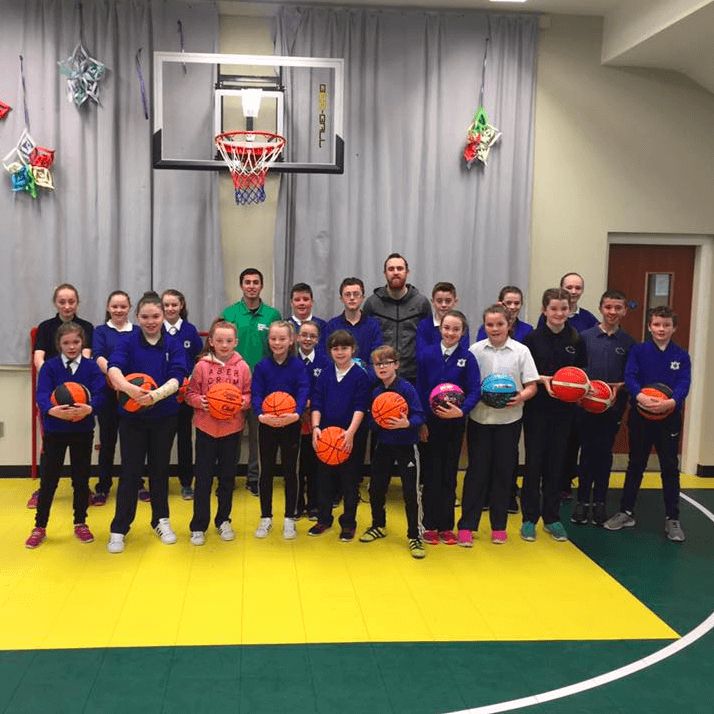 The majority of the coaching and mentoring I have done has been within the city limits of Letterkenny, however every now and again I leave Lk and head to a school somewhere far from home. The thing about living in County Donegal, a county 50% bigger than Rhode Island with a tenth of the population, is that “the next town over” could be a 30-40 minutes drive. So during my latest trip out of town to another “nearby town” I was taken up to Gweedore, a Gaeltacht (Irish Speaking Town), about 45 minutes northwest of Lk. On the road to Gweedore we drove through Glenveagh National Park. As the houses along the road become less frequent, the mountainous landscape changes from the postcard-like green hills you imagine when thinking of ireland and turned into this desolate, under-grown deep red. Remarking on the landscape to my landlord who was driving me up the bog-displaced winding roads “It feels like we are on Mars” he jokingly responded in a way as I’ve come to learn only Irish can: “Yea, except there is less people up here.”

About 15 minutes after passing by the biggest mountain in the county, Mount Errigal, we arrived at the school and were greeted by a wide smile and firm handshake from the school’s Principal. This being a national school, where students exclusively speak Irish, I was pleased to hear that an exception would be made for the monolinguistic Americans during the coaching session. The students piled into the newly built, self funded, sports hall and immediately arranged into a single file line to pick up a basketball. For the rest of the session the students held this amount of discipline and allowed us to get through more drills and repetitions than any other school I had been too. After three successive sessions with different groups of students, we said our goodbyes, got into the car and headed back through the martian-like landscape back home to the more terra look of Letterkenny. I will be back up that way soon, this time to conquer nature, more specifically Mount Errigal. More to come on this.