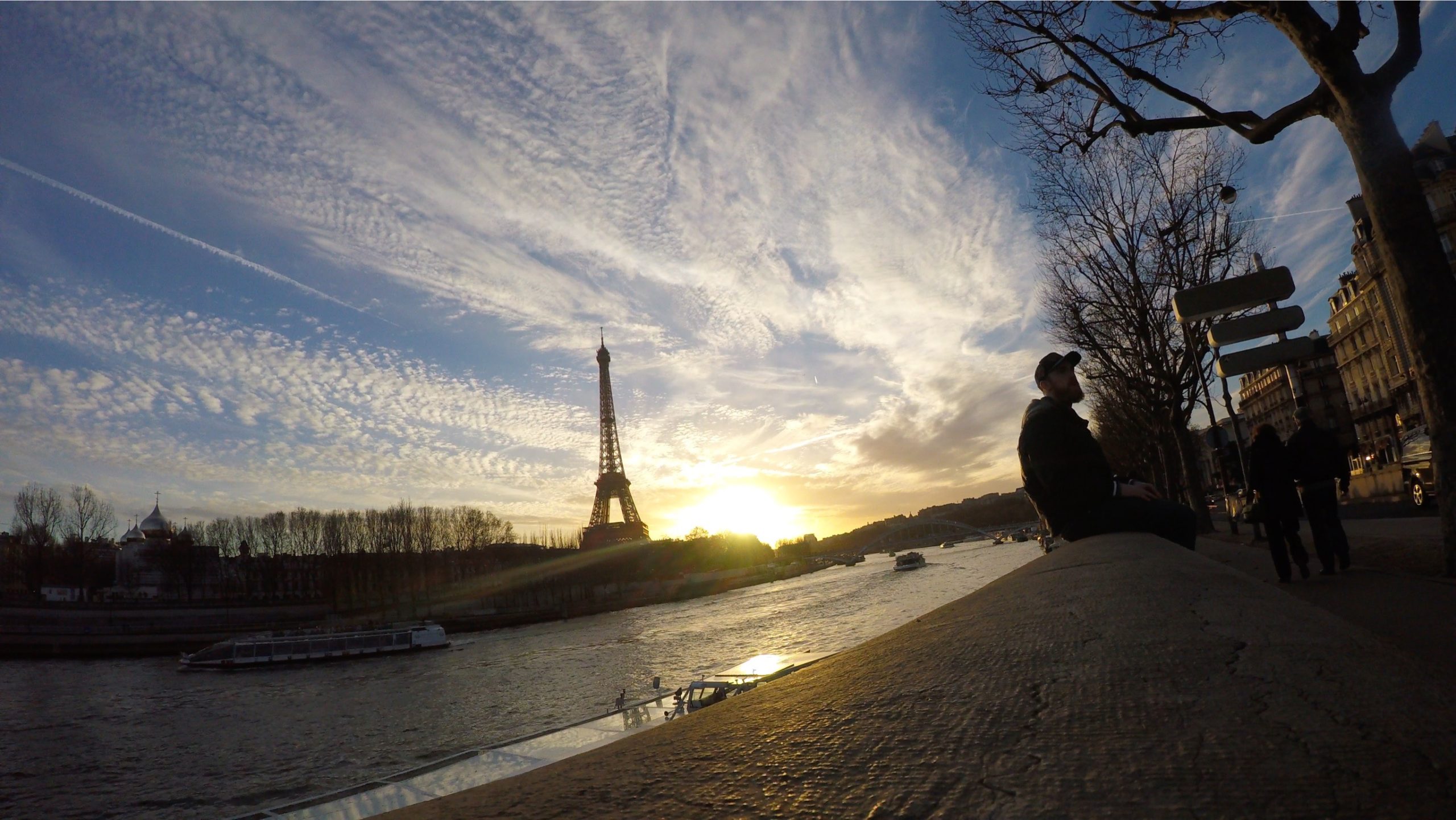 As the semester wraps up (even though final exams are after the winter break, a system which I will never understand) everyone is heading home for the holidays. This year I opted to take advantage of the close proximity and cheap flights to Europe to do a bit of traveling. My plan for the trip, was not to plan.  I booked a plane ticket to Paris, back from Geneva and whatever happened in between I was leaving open. The thought behind this was to move and travel as frequent (or infrequent) as I pleased and with the incredible time we live in, Airbnb makes that type of journey comfortably plausible. First stop on my solo adventure was Paris for Christmas Eve and Christmas Day, I booked a hostel in advance for this knowing that many people would probably not want to open their homes to a foreigner during Christmas. My plan was to fly in from Belfast, find my hostel, check in, then just go. I spent my first night exploring the East side of Paris, getting my bearings for where exactly I was in relation to the landmarks of the city and figuring out the most effective way to sight see the following day. During my Christmas Eve exploration I happened upon friend who had been a student I graduated from Wesleyan with (for a school with less than 3,000 students this happens more than you would think). After a brief discussion she told me her family was visiting Paris for the holidays and insisted that I join them for Christmas brunch the following day. I refused, saying that I didn't want to interrupt the family holiday but after a bit more persuasion I caved and agreed to meet up for brunch.

The following day I met them at their Airbnb and we headed to brunch, during the meal I explained my life in Ireland and my travel plans. They were interested listeners and over the next two hours we shared stories and laughs until all the food, coffee and dessert had been finished. As the meal wrapped up and they discussed what the next step in the day would be they asked if I would continue to join their Christmas celebration. After I agreed, we took off for Paris in search of everywhere and anywhere that was open on the walk home. Fast forward 8 hours, several meals and bottles of wine later and I found myself still with this family, at 3am, discussing topics of the world in their living room. I had went from feeling bad for intervening on their Christmas brunch to spending over 12 hours talking, laughing and eating with them. For a kid who was perfectly ok with spending his Christmas alone in a foreign city, these people reminded me that holidays are best shared with friends and family. So to Hobert's, thank you for welcoming me into your holiday. Your kindness will not soon be forgotten.