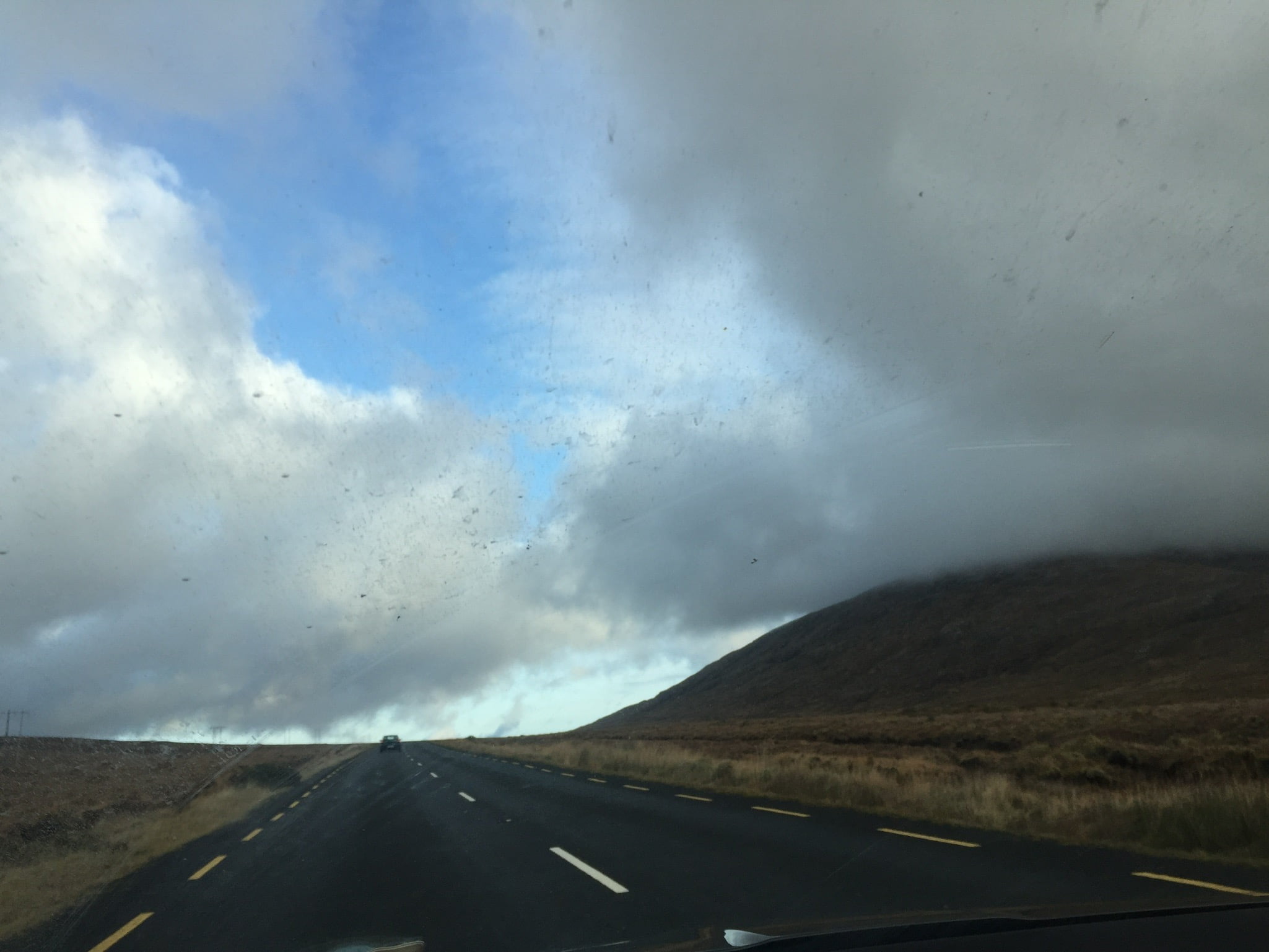 Living in Donegal has many benefits; the beautiful landscape, the calming isolation, the big-fish-in-a-small-pond effect, etc. However one major drawback to residing in Donegal is that, with the exception of Belfast, it is a nightmare traveling anywhere. Quite possibly the worst case example of this drawback is the trip down to Cork. Having experienced this journey once before via the Irish Bus system (during which I was able to finish an entire 300+ page book) I knew entering the car on our recent trip down to play the Cork team Neptune was going to be an odyssey worthy of Homer’s words. My previous bus trip, with a transfer in the middle, took about 10 hours. Traveling by car with the idea of it being more direct and being able to travel faster we hoped to make it down in about 6. This was welcomed news, however when I first get into the car the navigation system was projecting that the journey would be about 400km (~248 miles). Typically in America, when doing to mental calculation of how long the trip will be we assume 60-70 mph and divide it out, in this case that would leave the duration of this trip at approximately 4 hours. Noticing the discrepancy in my math, I asked my teammate why it would being taking two hours longer than expected. This was the equivalent of opening pandora’s box. My teammates launched into a garrulous explanation of how inefficient the Irish road system was, detailing that we would be traveling through every town and village instead of jumping on some major highway as is commonplace in America.

As the drive progressed, we did in fact pass through many villages and towns, having to slow way below the ideal 60-70 mph pace as we passed faces on the street. My teammates, having had to deal with this “inefficient” road system for their whole life had an understandable amount built up frustration. However as the we continued, I started to realize the parallels of the Irish road system with the Irish culture. The lack of major highways that allow you to bypass cities, towns and populations on your journey also force you to see the people and places of the country. It’s a very personal system, traveling from Letterkenny to Cork you can remember all the places in between, whereas in America you would just remember the car in front of you. I have noticed that this is how ireland operates as a whole, more personal, more involved. Whether this is something you enjoy or not, it is a way of life in Ireland. Coffee is meant to be enjoyed over conversation with friends instead of in a to go cup on the way to a meeting, going to a basketball game is not just for the viewing pleasure but more a reason catch up with neighbors, and the roads are not just a vessel to get you from A to B, but rather an almost sentient tour guide of Irish geography. So instead of dreading the 6 hours down to Cork, I will let the road show me all the places of Ireland I have yet to see. As for the other two trips to Cork on our schedule, check back to see if I still have as much optimism and perspective.