The Boys are Getting Better 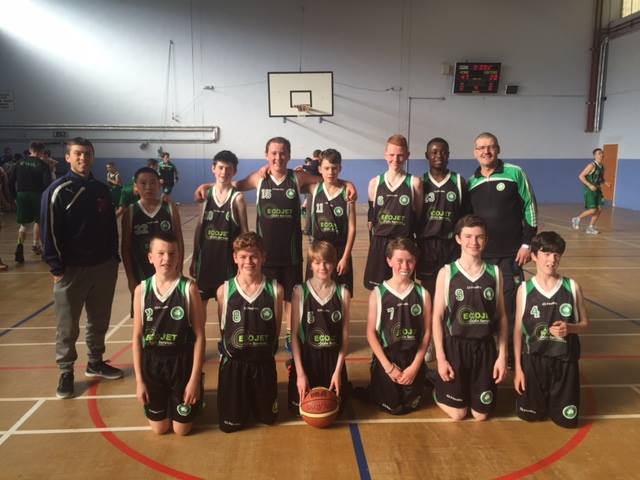 Since the Christmas break, my 14 and under boys team has had the opportunity to have a lot of available gym time. Between other teams having games elsewhere and practices at other gyms, we have been granted plenty of time to get better. With that being said, that is exactly what we have been doing these last few weeks. It actually has been to our advantage that we have not had a game as of late because it has given guys a chance to learn important fundamentals necessary for game situations, as well as other different stuff I have tried to drill in their head.

About three weeks ago, we installed an ‘offense’. For many of them, this was there first time ever being part of a structured setting and running ‘offense’, especially with continuity and purpose, which was a foreign language to them. They were so used to just running set plays, where one guy dominates the ball and other guys get secluded from the game. However, installing offense now meant that every guy on the team now has to be active and alert at all times when our team has the ball, and in scoring the ball every guy plays an integral part.

We have been running a “flex” offense, which many people familiar with the game of basketball probably have ran at one point or another in their careers. For those that aren’t aware, the “flex” offense is one of the simplest offenses (concept wise), as it involves continual screening and ball movement. In the case of “flex”, the reason I love it as a coach, is because every guy is a part of it and holds responsibility that is essential in whether or not it is successful or not. That means every guy on the team has to focus and learn the movements, so when they are in the game, they can succeed. It takes a total team effort to run this offense, and it has really brought the guys on the team together.

In the beginning, when we started running “flex”, the guys honestly had no idea what was going on. Then as I was able to teach and break down the offense slowly, more and more of them started to pick it up. However, not all of them were able to understand as quickly as others, which is very common when any group of people learn something for the first time.  Through numerous practices and repetitions, I started to notice a gained confidence when running through our offense and there was more of a flow to what we were trying to do. The thing that impresses me the most with these kids, which has been the real reason why guys have gotten better, is the ability of guys to step out of their comfort zone and be leaders. In the beginning of running through the offense, I would have to stop them every 30 seconds just to make corrections; now, before I even can get the words out of my mouth, there are two or three guys helping the other player that doesn’t understand, or is confused on where to go. This has built a bunch of individuals into a team, who constantly show their desire to get better and learn.

The ability to listen, learn, and work together has the 14 and under Limerick Celtics boys team getting better each practice!