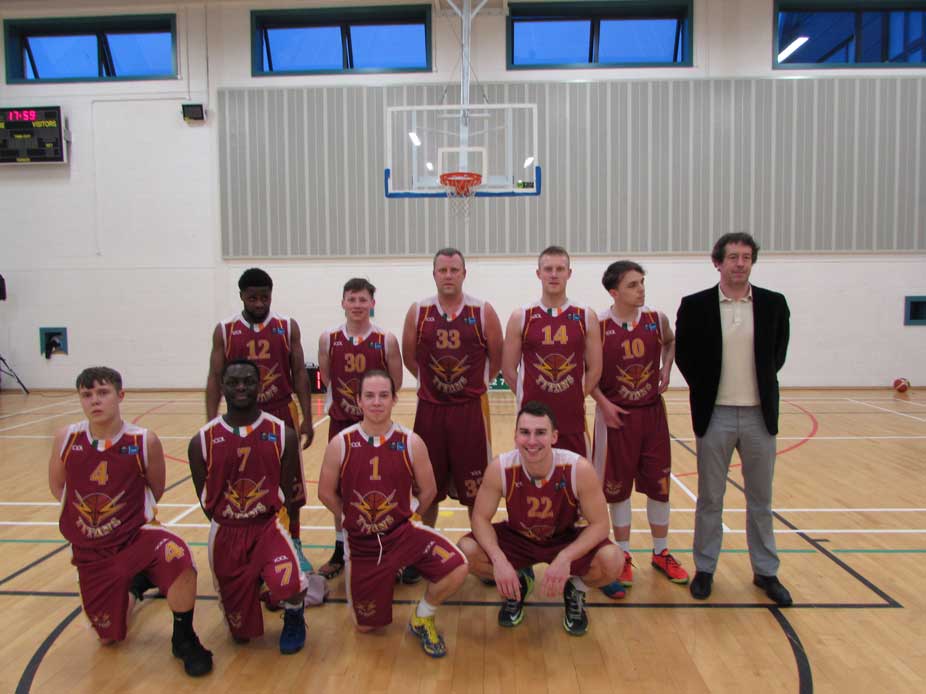 Playing for my club team, Galway Titans, in the national league has been quite an experience up to this point. It’s given me the chance to continue playing basketball after college at a higher level, which is something I will always appreciate. On top of that, it’s allowed me to meet some great guys and travel all throughout Ireland. For those reasons and many more, in my eyes, the season has been a success.

However, if you look at our on-court record, it tells a different story. The last time we won a game was on my birthday, October 1st. Some games have been extremely close from the onset, some games we’ve clawed back from being down 30 to make it interesting, and some games we’ve gotten flat-out obliterated. The narrative of why we’ve been struggling to get ourselves in the win column apparently goes back a few years when most of the veterans hung it up after winning the league. What ensued, and what I’m currently helping to shape, is a major rebuilding process. Ironically enough, my NBA team is the Sixers and unless you live under a rock, you’d know they’ve been in a gigantic, ongoing 4-year rebuild. Just as all Sixers fans understand, the wins and losses in present time aren’t nearly as important as believing in the long term-plan, aka trusting the process. With that said though, that doesn’t mean each win shouldn’t be celebrated like it’s a game 7 NBA finals victory.

Well, the same goes for the Titans. And last night in mid-February, 4½ months since our last win, we finally had a little taste of victory. We won our game by about 15 and since it was in Galway, we were able to celebrate in town. Much like the Sixers, the Titans will be back to prominence in a few years since the program has a slew of younger guys with some promise but that wasn’t the headlining story last night. Last night was a celebration of a long overdue win and how far we’ve come as a team. It was enjoyed by all.