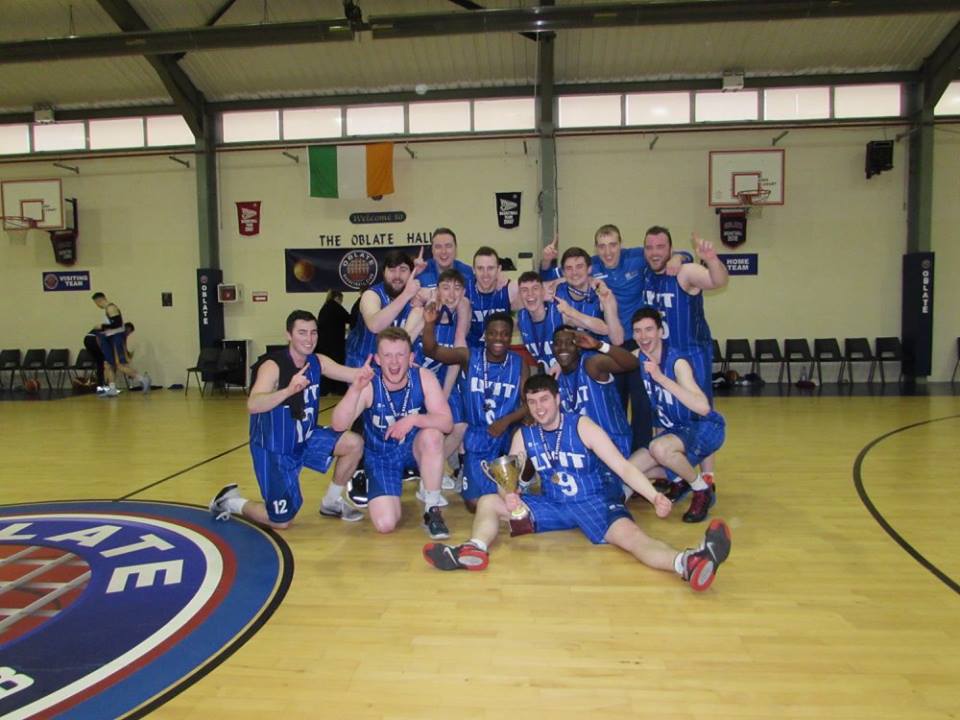 When T John and I arrived in Letterkenny, we were told all about the different teams we would be coaching, playing for, working with, etc. One of those teams was the Letterkenny IT college team, who as we were told, hadn’t won a game in the previous 3 years while competing in division three. Not only had they lost each game, they had experienced an average losing margin of close to 40 points per game. While talking with memebers of the school and coaching staff, we also discovered that despite losing every game by a tremendous margin in division three because of the American addition to the roster the team would be moving up to compete in the division two Northern conference. Needless to say, there was a tall task ahead of us. After finishing the regular season with only one loss and being crowned Northern confernce regular season champions, we were fortunate enough to host the All-Ireland Semifinal in Letterkenny. This being unfamiliar territory for LYIT we tried to spread the word to make the most of this opportunity and come gametime there was the largest crowd I have seen in the LYIT gym since arriving. After a hot start, we took the lead and never looked back all while the community cheered us on to victory. This allowed us to advance to the All-Ireland D2 final in Dublin the following Tuesday, once again a first in LYIT basketball history. The final was quite different from the semis, there was less of a crowd, we came out of the gates slow and we struggled to find our rhythm thoughout. We were matched up with DKIT from Dundalk, a team we had previously beat in the final regular season game to steal away the regular season conference title. In our first meeting T John and I had arguably our strongest performances of the year, him scoring 28 and me scoring 50. Knowing that after a game like the one I had they would key on me defensively, I knew T John would have to repeat his performance plus a little extra to get us the win. And boy did he. For every minute T was on the floor (all 45, including OT), he made everyone else look like they were standing still. DKIT could not handle his aggresiveness and relentless pursuit of the ball. For a person who is reletively small in the tall world of basketball, T grabbed 10+ rebounds, most on the offensive glass. It was a performance that all who witnessed (Including his coach from University of the Sciences who flew over for a visit, more on this in the next blog) will not soon forget, and rightfully so he was crowned MVP after the game.

Before T John received his MVP trophy, we had to win the game first. This was no breeze as we saw ourselves trailing DKIT for almost the entire game. Headed into the fourth down 9, it was time to make one final push. After a scrappy and aggressive quarter we found ourselves all square 80-80 with no time remaining on the clock. As we met before the extra period, T gave me a look of complete exhaustion something I had previously never seen from him. Thankfully in the OT period I was able to get going for a bit to give him a short breather. After giving up the first 2 points of the period, our team rattled off 15 straight without giving up another point, winning the game by 13, 95-82. The final horn sounded and celebration ensued. Our small but boisterous crowd joined in the moment and there was nothing but smiles and congrats all around. We received our All-Ireland medals, took pictures and made the long trip back to Donegal with a title in hand that had never been won before. Over the next few days there hasn’t been a place I have gone where someone has come over to congratulate me on the championship, as personally great as it feels to win, it feels much better to represent and win for an area that has not seen much success on the court. All in all, it was a day I will remember for a long time.