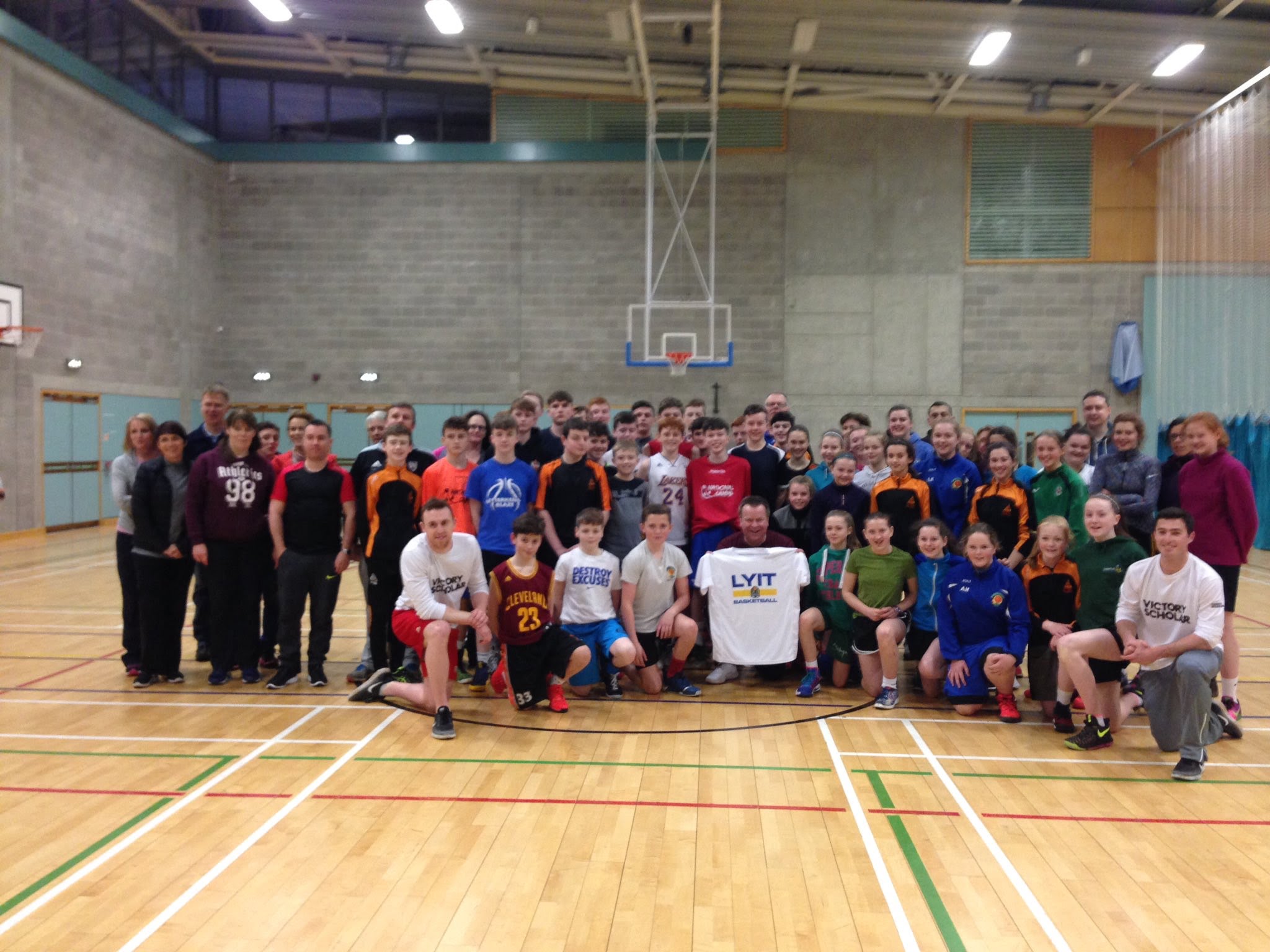 Throughout my year in Ireland I really do feel like I have been able to make a difference in the game of basketball within Donegal. I have spent countless hours working with teams, individuals, schools and anyone else who wants to work on their game. While this has been great experience for myself and those we are working with, I believe for us to have a lasting impact that goes beyond the year we spend here, we need to work more with the coaches of team rather than the players. Almost every coach we have worked with here has been open to our ideas and methods of coaching, however with Donegal being so spread out and us being involved with many different clubs and age levels we have not been able to spend as much as we would like working with coaches. One idea we had early in the year when we recognized this trend was to gather as many coaches as we could on one night to have a clinic of sorts to discuss our knowledge of the game and maybe instruct some coaches on how to improve their strategies. However we understood that not many people would want to be told what to do by two people 10-20 years their junior. Enter Dave Pauley, the head coach of The University of the Sciences in Philadelphia (T John’s alma mater). Coach Pauley has been coaching at USciences for 35 years and knows about as much as any person I have met when it comes to teaching basketball. He was coming to Ireland for a repreive from the long grind of a college season and to see his former player T John. We floated the idea of him coaching a clinic for local players and coaches and he was on board immediately. We had found our answer to the problem of people not wanting to listen to 22 year olds.

On the night of the clinic we arrived at the gym and to my surprise it was packed with players and coaches alike. Players suited up and ready to work out, coaches with pad and paper ready to take notes, it was exciting to see the community take such an interest developing their basketball lives. As Coach Pauley took the players through a workout he would frequently stop to address the coaches on the sideline of why he was doing a drill or why he was positioned on the court a certain way. Throughout the two 90 minute sessions I would see all the methods and teachings T and I have used all year being reinforced by this veteran coach. For someone who is relatively young and new to coaching large groups it was great to see my ideas validated by Coach Pauley and I think it was great to have someone else come in and confirm to the coaches of the teams that we have been working with, that T and I do in fact know what we are talking about.

Coaching inexperience is typically a staple of the youth athletics world. As I have addressed in previous posts, youth coaching should be focused on maximizing the development of the players you have. Often times both here and back in the States we see the pride or ego of the coaches often restraining player development. The greatest coaches in the world will tell you that they are never done learning and that most of what they do teach they took from someone else. Coaching is a very dynamic industry in that no ideas are original and everyone is using some sort of the same playbook. That is why regardless of the age of a person all coaches should be willing to be open to new ideas and methods to help better develop their players. So even if it took a long time NCAA division 2 coach to come over to get the attention of local area coaches, I am happy that they were open to his ideas and methods and I believe that they and most importantly their players will be better off for it.