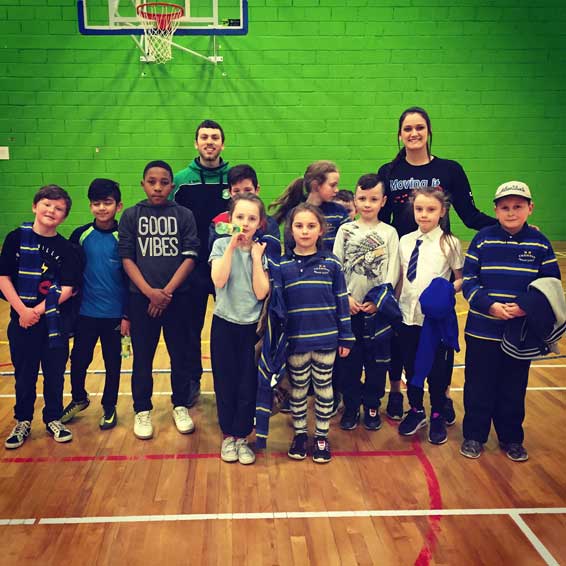 With school, coaching, and playing basketball myself, the weeks have seemed to fly by. It is crazy how fast time goes when your mind and body are both on a set schedule and doing things consistently week by week. With that being said, recently I have made it a goal to embrace every day and get the most out of the daily 24 hours.

This past Friday, fellow LIT scholar Megan and myself had the opportunity to do some coaching for a group of kids that attend school and live in mostly low income, disadvantaged areas. I did not know what to expect before-hand from these kids, as often such schools have a reputation for kids using bad language, fighting, and other disrespectful actions. However, after an hour of working with the group of boys and girls, they proved to be some of the most selfless, polite, and entertaining kids you’ll ever meet.

It was amazing to see how polite and respectful the kids were to Megan and I throughout the session. These kids showed their full attention to us while we were talking and directing, never once showing any attempt to be a distraction. While doing some shooting competitions, it was amazing to see how engaged and team-oriented each kid was, showing so much joy and happiness, not just when they made a basket, but when other people on their team did too. This type of attitude translated when playing a little scrimmage at end of the session, as one the kids got tripped and hit his knee on the ground. Often you see many kids that would leave him be and ignore the issue because, “it’s not their problem”. Not with this group. Three of his classmates all ran over to help him up, providing encouragement and solace, as they did not want to continue playing until their friend was ready.

This class of kids really made coaching enjoyable and fun, especially as many of them are just learning the game of basketball, but so eager to succeed. I am definitely looking forward to next week, and meeting some of the other kids in the school that are now interested in coming and shooting some hoops.