Familiar Face in a Foreign Place 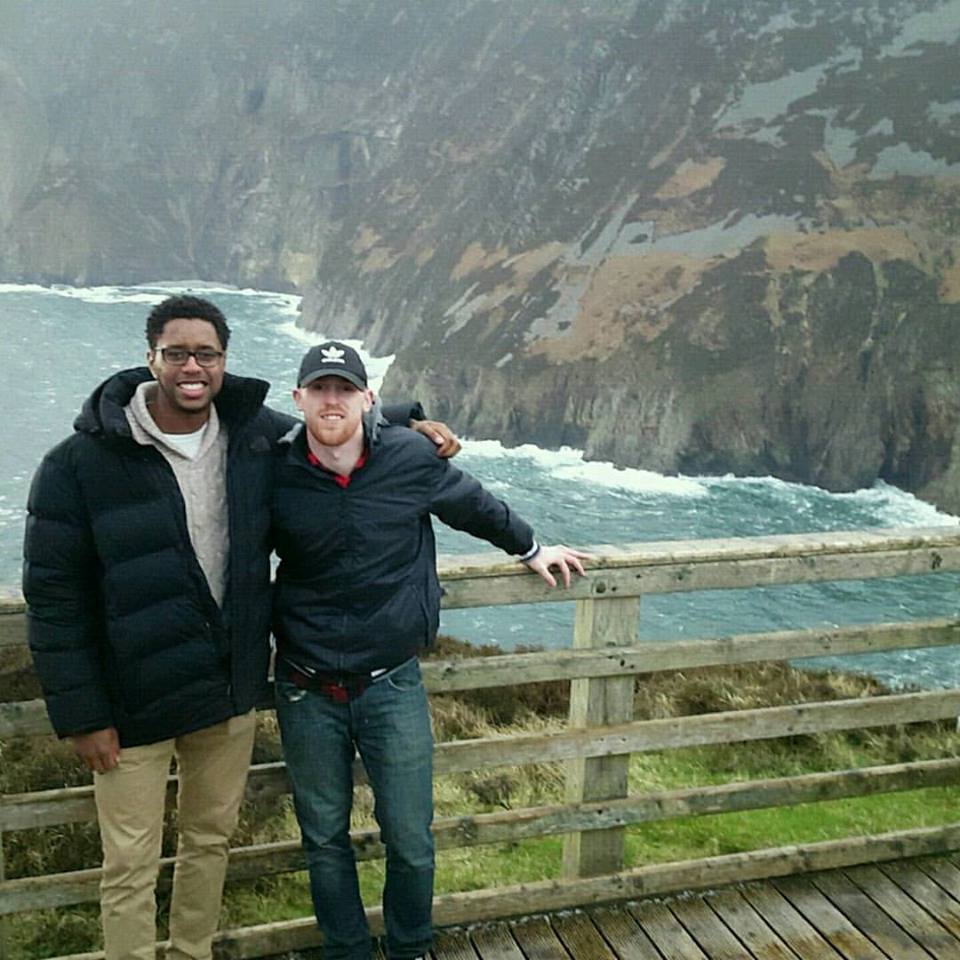 This last week I was fortunate enough to have my good friend and former teammate Jordan out here visiting and by matter of chance T John also had friends visiting at the same time. As excited as the visiting friends were to see Letterkenny, we decided it would be best to show them as much as we could in their time here. Like me, Jordan had never been out of the United States prior to this trip. We were essentially trying to give our friends the experience that we have had in a 9 day span and while it was exhausting, financially draining and hectic, it made me realize just how much I have experienced this year. As I took him around Derry, Belfast, etc it was surreal watching him experience all of this for the first time as I had just a few months ago. The transformation from tourist to local had gone completely unnoticed. As we walked around Lk and I was explaining the ins and outs of the place, I realized that I was no longer visiting Letterkenny, it was now my home. Subconsciously I already knew this, but it took a person from the last chapter of my life to make me realize that this new chapter was well underway and actually almost over.

Being that it was Jordan’s first time out of the States I wanted to make the most of his time abroad by taking him over to London. About 16 hours before we were set to fly out of Derry, London was the unfortunate receiptent of a terrorist attack (more on this in the next blog). However we were still cleared to head over and enjoy the city for a few days. This being my second time in London I felt a little more familiar with where we should go and the best way to go about things. After two days of sunshine and great weather we headed back to Ireland to find that the sunshine was not exclusive to England. We took advantage of the beautiful weather by taking Buster to the beach and exploring a bit more of Donegal. Though it was about as packed of a 10 day stretch as I have had since being in Ireland, it felt like it was over as soon as it began. As I have touched on in previous blogs it has been great to experience this new life with no previous connections to anyone out here, however having a familiar face around was a nice reminder of my life at home. While I do miss the people back home, after Jordan’s visit I can confidently say that I am completely comfortable with my new life out here. Watching Jordan adjust to the Irish ways of life provided a surreal flashback to the time after our arrival here when I was just as lost. It’s amazing how much we grow when we are focused on the task at hand and not the big picture.