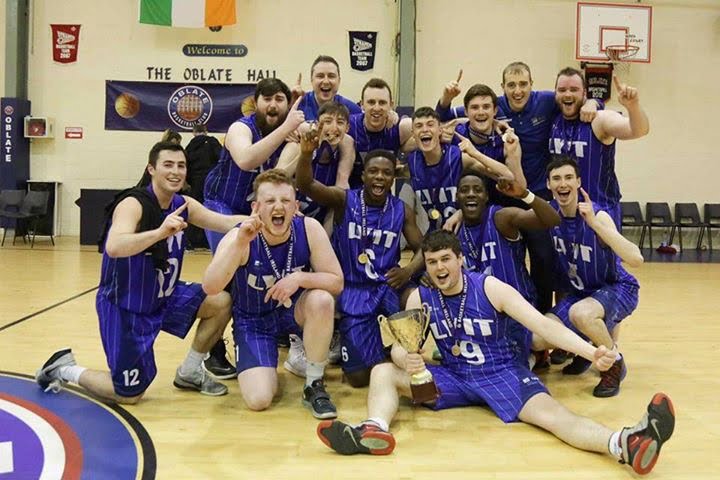 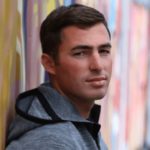 Hi guys, this blog post should be awesome. I hope you all enjoy!

As I started talking about in the last blog, the rematch, this time for the All-Ireland Championship in Dublin, against Dundalk IT was set. We knew it was going to be tough for Jack and me to have another 80 point performance so I anticipated a difficult game.

On a quick side note before I discuss the game, my former college coach, Dave Pauley, flew into Dublin the day before. It was a complete coincidence that he happen to be in Dublin the day of the championship game. So it was perfect timing that he could come watch the biggest game of the year.

Now back to the game, I don't know if some of the guys were tight, but regardless it started out very poorly. We missed a couple of early shots and they weren't missing. We were in a hole early. Not the ideal start. You could certainly tell they made adjustments and were much more prepared for us this time around. The entire game we were behind, we would cut their lead to two points and then, bang they would go on a run. We just couldn't get over the hump! I just kept playing my game, driving the ball and getting to the foul line. It was working well but wasn't getting us over that hump. Our big problem was we just couldn't get stops on defense. Finally, driving the ball paid off, we fouled out some of their key guys and with a few minutes left in the game, we made a massive run. We forced the game into overtime and from there it was smooth sailing. We ended up winning by 13. Letterkenny IT, National Champs!!!! Not easy by any means, but the fact that we had to work so hard to get it made it that much better.

It was something I will never forget. It was just fantastic for the community. Taking a team that lost every game the last 4 years in the lower division to winning the All-Ireland Championship in the second division is amazing. It was one of the most rewarding accomplishments because of how meaningful it is to everyone here. It's something I can't describe in writing.

Being a foreigner, I didn't really understand the importance or recognition of winning a national championship. However, over the next couple days, I quickly learned. People have been making a huge deal out of it here. I also learned that it was the first basketball championship in school's history and one of the few that the school has in any sport.

Nevertheless, the guys on the team were thrilled. It has also allowed Jack and me to become a lot closer with guys on the team. Many of which I'll stay in contact with and will always joke around with about our unforgettable 2017 LYIT season.

Moments like these make me feel that what I am doing and achieving out here is totally worth it! With this win, Jack and I have accomplished everything we set out to do. Looking at it now, I do not think there is any way we could have had more of impact here!

Lastly, it couldn't have worked out any better, winning and having Coach Pauley in attendance. In my next blog, I'll talk about Coach's trip up to Letterkenny. It should definitely be an interesting read!

Also if you want to rewatch the Championship click:  Letterkenny IT vs. Dundalk IT